Investors may breathe a sigh of relief.

“Whew! Glad that’s over…” they are likely to say.

But it’s way too early to relax… and way too late to worry about it.

Greenspan, Bernanke, and Yellen at the Fed have seen to that.

And now, the incoming Fed chairman, Jerome Powell – a Fed hack, like Yellen – will get his chance.

We predict that he will do more harm than all of them put together.

Not intentionally, of course. He will be trapped by circumstances… a victim of history, like poor Gideon Gono, Zimbabwe’s central bank chief between 2003 and 2013.

Faced with bills to pay and a desperate economy, what choice did he have?

All he could do was add zeros to the nation’s currency… until we ended up with a 10 trillion Zimbabwean dollar note in our wallet. (Worthless, of course.)

But that is still in the future.

In the present, finally, The New York Times has noticed. The world-as-we-have-known-it is coming to an end.

“World braces as an era of easy money draws to an end,” is the front-page headline this morning.

The world-as-we-have-known-it was created by the aforementioned trio – Greenspan, Bernanke, and Yellen.

Over the last 30 years, they aided and abetted the adding of trillions in new chips – fake money, borrowed at fake rates – to the nation’s gambling stock.

And now, according to the popular narrative, they are taking it back. (The foolishness of letting traders know what’s coming deserves special comment. Stay tuned.)

But the defining feature of the Easy Money Era was fraud. The money was counterfeit. Interest rates were phony. As a result, asset prices were falsified.

And almost everything said by central bankers was either an outright lie, grossly misleading, or hopelessly stupid.

At least here at the Diary, we take comfort – amidst the Sturm und Drang of mad volatility, and the political bombshells bursting in mid-air – in the fact that there are some things we can still depend on.

There is no chance – none – that the Fed will follow through on its “normalization” of interest rates.

Instead, when the stock market crashes… and the economy goes into recession… the Fed will quickly turn back to the tried-and-true panacea: the old miracle elixir, that snake oil known as EZ money.

But… there’s a catch.

In the coming crisis, monetary policy alone will not be enough; the Fed doesn’t have enough room to cut interest rates.

As we predicted when Mr. Trump was elected, the critical fraud is shifting from monetary policy to fiscal policy (government deficit spending).

Yes, the Age of Inflation is coming. Fiscal stimulus. Big spending by both parties.

Indeed, the feds are already laying the groundwork. Here’s the Associated Press story from yesterday:

The Senate’s top leaders announced Wednesday they have sealed agreement on a two-year budget pact that would shower the Pentagon and domestic programs with almost $300 billion above existing limits, giving wins to both GOP defense hawks and Democrats seeking billions for infrastructure projects and combating opioid abuse.

The agreement is likely to be added to a stopgap spending bill that passed the House on Tuesday, aimed at averting a government shutdown Thursday at midnight. Democratic leader Chuck Schumer of New York called the Senate agreement “a genuine breakthrough.”

It is a breakthrough, of sorts.

In the past, Republicans fought (often haplessly and half-heartedly) for lower spending and smaller deficits.

Now, they are right there… in line with the Dems and the Deep State… in favor of tossing more of the nation’s wealth to their favored crony industries and zombie supporters.

In yesterday’s Diary, we pointed out how partisan politics – like football and war – is a win-lose business.

If you pay attention at all, it captures your critical judgment… and your emotions. You soon begin to care who wins.

And while you are rooting for one team or the other, the real news passes unnoticed.

This is the real story… the headline you won’t read anywhere but here: Deep State Victory Bus Has Republicans and Democrats Both on Board.

And here’s another headline you won’t find in the mainstream media: Bipartisan Budget Deal Dooms U.S. Economy to Debt Explosion.

INVESTING INSIGHT: HOW WILL YOU FEEL NEXT MONTH?

I have a single-frame comic strip taped to the bottom right-hand corner of my desk.

It’s a picture of a man sitting at his breakfast table. He’s slumped over in his chair, and his forehead is resting on the table. Behind the man is his wife. She’s standing in her bathrobe, curlers in her hair, and holding a cup of coffee in one hand. Her other hand is pointed upright, with her index finger extended – as if she’s lecturing.

The comic ran in my local newspaper back in late October 1987 – just after the crash. But it could have just as easily appeared earlier this week.

Investors felt pressured to buy stocks in January. The stock market moved higher almost every day. Everybody else was getting rich. And the talking heads in the financial media kept telling us how foolish it was to be holding cash.

The lesson here is that investors should resist the urge to buy stocks (or any other financial asset) when they feel pressured to do so. Chasing stocks higher into overbought conditions is usually a bad idea.

Trading the stock market is a game that never ends. It doesn’t matter if you underperform the market for short periods of time. You’ll have a chance to outperform as stock prices revert to the mean. As long as you don’t run out of cash, the game continues.

It doesn’t matter if all your friends are making more money than you. Be happy for them. Prosperity is a good thing. But don’t let their success coax you into high-risk, low-reward trades. Envy is a horrible investment strategy.

So the next time you’re feeling anxious, frustrated, and upset that the markets are running away without you and everyone else is making more money than you are… think back to the action in cryptocurrencies since Christmas, in marijuana stocks since New Year, and the broad stock market over the past week.

Then ask yourself… How will you feel next month?

P.S. Each day in my free e-letter, the Market Minute, I take a look at the trends taking shape in the market… and show you how to prepare for the trading day ahead.

To receive the Market Minute in your inbox every day the market is open, sign up with one click right here.

End of the Bull Market? Or Nowhere Near?
With the pullback on Monday, some are wondering if the bull market in U.S. stocks is nearing an end. Other analysts say that the near-term direction is still up. Here are the arguments for each.

Janet’s Final Words…
Janet Yellen, the former chair of the Federal Reserve, had her last day on Friday. But before she walked out the door, she had one final thing to say…

How to Thrive in Any Market
Nobody knows what the future will hold. That’s why smart investors typically try to prepare for any outcome. Dan Denning and Chris Mayer discuss one asset allocation strategy for the modern age.

After yesterday’s Diary, “Biggest Bubble Ever Meets Biggest Pin,” a few more criticisms in the mailbag:

You mention the many dead French soldiers during the first World War. But what about the 20-plus million dead in Lenin’s takeover of Russia during the same era? Looking at both massacres, I think the real question is: What families financed both sides of each situation for profit? Oh, and there’s the family that financed the Napoleonic Wars… Hmmm, same family? Well, let’s look at WW2. Shoot… it’s some of the same families and families that they were married into. Goodbye, my friend.

Unlike you, family and monetary constraints mean that I cannot hop to whatever country suits me when the SHTF. I do not claim the luxury of regarding my intelligence as an excuse to sit back and cluck at those who are “in the ring.” Some of our elected leaders do not like government, either, and are enduring political slime only to try to curb it.

I participate in politics because I believe it is my responsibility to do whatever I legally and morally can to nudge people and government back to the only plan for good government that has shown any promise in the history of mankind as I understand it: the Constitution of the United States of America.

Since we, unfortunately, are losing the “moral and religious people” upon which it depends, I also am doing what I can to encourage people to choose Jesus Christ personally, regardless of what happens.

I truly hope you recognize a higher purpose for your life than just accumulating riches, “wisdom,” and a comfortable existence until your inevitable end. I do not see much evidence of it in your writings, but then, I do not limit my reading experience only to those things with which I agree.

Time constraints do not permit me to engage in reading your rambling narratives with little actionable substance. If you would make specific actionable recommendations, that would be appreciated.

I do not wish to support an anti-American such as you, Bill Bonner. You purchase property in communist countries then complain when the so-called natives want to take your land. So sorry, so sad. You purchase property in France, where the welfare state is alive and well. Your values do not coincide with mine, and as such, I do not support your newsletter or put money in your pocket.

But one reader is still thankful for Bill’s daily insights…

“Reserved and intelligent voices may tell you why the fight is not worth it… why there are more important things at stake… and why a war will bankrupt the nation, destroy the government, and kill off its young men. But once the cannons begin to boom, the wise voices fall silent… You think only of victory. Or survival.”

Words to live by! It took Tolstoy over 1,200 pages to say the same thing. Thanks.

Tonight is the night…

At 8 p.m. ET, we’re hosting the Legends of Finance Summit. You can catch Bill, Chris Mayer, and Doug Casey at this free online event. They’ll give you the details of Bill’s “Trade of the Century” and how you can use the same philosophy behind it to profit. You’re running out of time to reserve your spot. Click here. 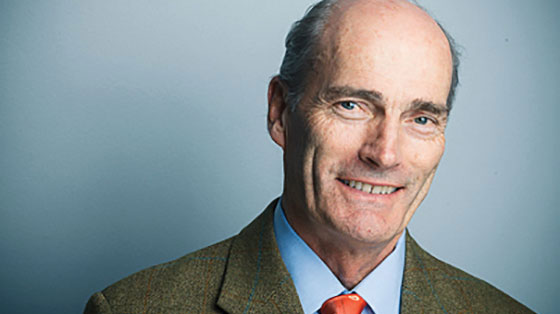