BALTIMORE, MARYLAND – It pays to be one of the elite.

Not only do you ride in first class and live in a better zip code, you get richer, too. Bloomberg is on the story:

David Rubenstein has doubled his fortune since 2009. Jamie Dimon has more than tripled his net worth. Stephen Schwarzman has increased his wealth six-fold.

It’s a remarkable showing given the economic and political tumult of the past decade, from Lehman Brothers to Brexit to Donald Trump. The fortunes of a dozen 2009 Davos attendees have soared by a combined $175 billion, even as median U.S. household wealth has stagnated, a Bloomberg analysis found.

Data from UBS and PwC Billionaires Insights reports show that global billionaire wealth has grown from $3.4 trillion in 2009 to $8.9 trillion in 2017. Central bank actions to fight the financial crisis – record low interest rates and bond-buying programs – have underpinned this ballooning wealth by driving up the prices of stocks and other assets.

Meanwhile, an Oxfam report tells us that the richest 26 people on the globe have as much wealth as the entire poorest half of humanity.

As a result, the report concluded, the number of billionaires owning as much wealth as half the world’s population fell from 43 in 2017 to 26 last year. In 2016 the number was 61.

But not for nothing is envy one of the seven deadly sins. Wealth is relative. That’s why it’s so disagreeable watching someone else get rich.

The average person has only his time to sell, by the hour. He’s seen little improvement in the last 40 years. Hourly wages, properly adjusted for inflation, are flat. And six out of 10 Americans don’t even have $1,000 in ready cash.

So, let the bellyaching begin.

Ten years ago, the Davos conference asked the question: “What must industry do to prevent a broad social backlash [against the rich]?” The answer probably wasn’t “Double, triple, or sextuple the wealth of the most prominent conference attendees, while letting median household incomes stagnate back home.” Yet that’s what happened. Make no mistake: The backlash is coming.

At least one billionaire is able to read the handwriting on the wall.

Bridgewater founder Ray Dalio says that now, underway is “the beginning of thinking about politics and how that might affect economic policy beyond. Something like the talk of the 70 percent income tax, for example, will play a bigger role.”

None of this should be surprising to you, Dear Reader. Among the Davos crowd are the biggest stock owners on the planet. And since 2009, stocks, as measured by the Dow, have gone up 200%. No wonder they got so rich.

Here at the Diary, we do not begrudge them their good fortune. But it wasn’t “good fortune” alone. Instead, the fix was in. And whether the man on the street knows how it worked or not, he’s beginning to resent it.

And so, he turned his lonely eyes to DJT, in the hopes that the Great Disruptor would do something about it.

Mr. Trump promised to “drain the swamp.” Nobody knew what he meant by that, apparently not even Donald J. Trump himself. But whatever it might have meant, disrupting the rigged financial markets was not included.

“The King of Debt” has made it very clear that he likes artificially low interest rates and has urged Fed chief Powell not to give them up.

And now, seeing no progress from the White House, the lonely eyes turn from right to left. While DJT has no interest in “inequality” or in ending the financial flimflam at its heart, Ms. Alexandria Ocasio-Cortez (AOC) wants to stop it in the worst possible way.

What would be the worst way to address the inequality issue? Simple: Tax it! Ah yes, what politics giveth, politics might taketh away…

What happens to the money the feds tax away from the elite? Where does it go? Back to its rightful owners? Does it boost working-class wages? Does it buy a round of drinks at their neighborhood taverns or help repair their pickup trucks? It doesn’t?

What? You say the feds hand it out to their friends… the insiders, the cronies, the zombies, and the elite?

Taxing undeserved stock market gains wouldn’t upend the fake money system. It wouldn’t put a stop to its distortions, malinvestments, and injustices. All it would do is put more money in the hands of the people who caused it in the first place, who protect it and benefit from it – the political elite.

All governments are deeply conservative. They are in the protection racket. And the money, power, and status they protect are what exist now, not in the future. They care neither about the dead nor about the unborn.

Whatever the future has in store can damned well wait. Government is here to protect today’s rich, not tomorrow’s. And the fake money system is part of the program.

So, as their wealth rose, the elite naturally came to think that manipulating interest rates was not such a bad idea. And now, none of them, right or left, wants to see it end.

“Inequality” could be solved easily and honestly.

Stop rigging interest rates. The free market can decide what rates should be. Most likely, it would discover rates that were much higher – probably over 5%. Then, in a flash, like champagne at Hiroshima, the post-2009 gains of the super-wealthy would evaporate.

So far, neither AOC or DJT has suggested such an elegant repair. And don’t hold your breath.

On the other hand, you can count on Mr. Market. He’ll take them down a peg. Stay tuned…

Editor’s Note: Regular readers know that Bill is a self-described “fuddy duddy” when it comes to investing. But Jeff Clark is a trader, and his method of making money in stocks is very different from Bill’s usual beat. But Jeff also believes that this year could be the most profitable time to be a trader. So today, we share another trading insight with dear readers to get a clearer picture.

We’ve seen this movie before.

I told folks at the time, “Most investors would probably do well to cash out right here, take their 6% profits and take a nap for the rest of the year.”

That same advice might work out just as well today.

Given the pain and suffering so many investors endured in 2018, I suspect a 7% return for all of 2019 would be a welcome result. Getting that result in just three weeks is outstanding.

Investors can cash out, take that gain right here, and then take a nap for the rest of the year.

But, that’s not what most of them are doing. Rather than trimming their long positions as the market ramps higher, investors have been increasing their bullish bets. That’s probably a mistake.

The CPC dipped below 0.80 in early December – right before the S&P 500 dropped 450 points in three weeks. The ratio dipped below 0.80 again in late December – after a blistering week-long rally that flipped investor sentiment from extremely bearish to extremely bullish. (You can see these dips marked with red arrows on the chart.)

Now, the CPC is back down at 0.80 again. At a minimum, the market is due for a pause right here. And the “worst case” could be a whole lot more damaging.

Investors who are considering piling on even more bullish exposure with the market in this condition might do well to hold off for a bit, take a nap, and see how things look in another week or two.

Mutiny in Silicon Valley
Dan Denning, Bill’s coauthor on The Bill Bonner Letter, has long-warned of a public backlash against Big Tech companies. Whether it’s over how tech uses your personal data… or the ethical implications of artificial intelligence (AI), there will be blowback, Dan warns. But it’s not just users. Silicon Valley employees are also rebelling…

Why Wall Street Is Worried about AOC
As Bill wrote, Alexandria Ocasio-Cortez has big plans for the country. The freshman congresswoman from New York was recently appointed to the U.S. House Committee on Financial Services. This committee shapes economic policy that directly impacts Wall Street. And the bankers aren’t too happy about that…

The One Thing That Might Save This Bull Market
Bill sees a market selloff coming. Stocks will crash. The economy will slide into recession. But there’s also a bull case to be made. One expert believes a little-seen market force could push stocks higher.

After Bill proposed that the two-trillion-dollar deficits might unite Donald Trump and Alexandria Ocasio-Cortez, dear readers weigh in…

How can you equate such completely opposing ideologies? Are you nuts? Smaller more efficient government, cutting unnecessary expenses, donating his salary… Trump’s principle effort always was how to create wealth. AOC wants to steal it. I thought you were more intelligent… Now I have to correct my assumption.

The American Thinker gave Trump genius status for the shutdown approaching 30 days after they reasoned the government can shrink through job elimination. Would that unite Trump and Cortez? In any case, few will react to anything until it happens.

Nothing at all wrong with AOC’s ideas… if we merely raise the maximum marginal federal tax rate to 75% where it belongs. If somebody’s income (not assets but income) exceeds $1 million, begin taxing the next million at 50% and all above that at 75%. This would be a hardship only on oversized egos.

Trump can’t be that dumb, not with his billions! Yes, he has dropped a few, but all great men have lost on the way up.

A bear market is coming…

And while most investors will be wringing their hands, there is a strategy you can use to potentially make a small fortune. 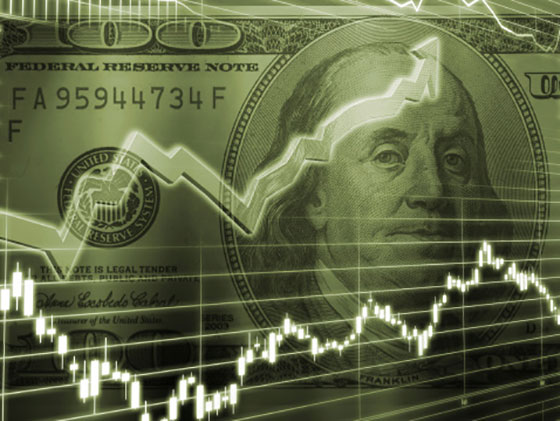