BALTIMORE – What an awful century! Worst we’ve ever seen.

Household incomes are down. Employment is down, with 7 million people in the U.S. of working age without jobs.

Drug overdoses are up. Suicides are up. One out of every eight children lives in a family getting food stamps. One of out every eight adults takes psychoactive drugs.

Half of all families get money from the feds. Half have less than $500 available for emergencies. Two-thirds aren’t saving for retirement. More than half cannot afford their own homes. And 49 million live in poverty.

What’s to blame for such a sucky century?

In addition to declining health and declining standards of living – as well as declining standards of decency – we also have wretched art, music, and architecture… unwinnable wars against poverty, drugs, and terrorism… $20 trillion of national debt… and overpriced assets that leave little of interest to the sober investor or desperate retiree.

And don’t get us started on the feds!

Meanwhile, the signs of another debt crisis – like a flash mob at a political rally – are growing.

The stock market has been going up far too long without a correction. The economy is overdue for a recession.

How did we get in such a lamentable state of affairs?

Besides, we continue to guess that the premise behind this great rally is false.

It imagines that stocks were fairly priced on November 8th, and now Mr. Trump will be able to pass a major tax cut, paid for with tax increases. And it imagines that somehow this will lead to such a boom that will double GDP growth rates.

In the 19th century, when the wonders of science and engineering were even more flabbergasting than they are today, Thomas Henry Huxley (grandfather of Brave New World author Aldous and evolutionary biologist Julian) traveled around Britain giving speeches on agnosticism.

Science, he argued, not mysticism or superstition, was the wave of the future. He further informed the often-benighted yokels that the Earth was a ball and that it revolved around the sun.

“Not so fast, Mr. Huxley,” an old woman challenged him. “The Earth is flat.”

The scientist, seeing an easy foil, probed: “Then, madam, upon what does this flat Earth rest?”

“And upon what does the turtle rest?”

“Well, surely that turtle must stand upon something. What?”

“Oh, you don’t understand, Mr. Huxley. It’s turtles all the way down.”

In today’s economy, we see fantasy turtles all the way down, too.

The stock market, for example, was way overpriced in November and now rests on delusions about a coming tax cut (funded by a tax increase) and more federal spending (funded by more debt).

First, the plan will not pass Congress – not without so many exceptions, jiggers, and collusions that it turns into another grab bag for crony lobbyists.

And second, even a real  tax cut, unaccompanied by a spending cut, merely shifts federal funding to a less obvious source.

The resulting hotchpot “reform” won’t reduce the win-lose deals ruining the economy. Nor will it boost corporate earnings by allowing businesses to make more win-win deals with suppliers and consumers and learn faster.

Instead, all they will learn is how to adapt to the new tax system.

Meanwhile, much of the reason for current stock prices can be found on the back of another imaginary turtle: stock buybacks.

In 2016, for example, S&P 500 companies spent more buying their own shares back (and then canceling them) than they did on dividends and research and development combined.

Where do they get the money?

They borrow it. Money is made available to the biggest companies so cheaply that, after factoring in inflation, it is practically free.

Beneath that one, there’s another turtle snapping at investors.

It is the fraud that they can invest alongside the insiders on Wall Street… by simply buying “the market”… and profit as stocks become more valuable. And it even seems to be true…

Over the last six years, stock market earnings have been basically flat. So stock prices should be flat, too. After all, the underlying businesses are worth only what they can earn, right?

Instead, stock prices are up 80%. Go figure.

Below this carapace is the famous “put option” pioneered by Alan Greenspan while still in his “Bubbles” phase as Fed chairman and left to his successors at the Fed.

Now investors feel they cannot lose because if there is ever another major sell-off, the Fed will again rush to the rescue with another “put” – more rate cuts and more QE… even actively intervening to buy stocks to push up prices to trigger a “wealth effect.”

And even further down is the feds’ fake money… which carries the whole shebang on its back. This is the real reason for much of the grief that is the 21st century.

Turtles… all the way down!

The rally in Russian stocks is starting to fizzle…

Today’s chart is of the Russian Trading System Index (RTS).

It tracks the performance of the 15 most commonly traded Russian stocks and is denominated in U.S. dollars.

As you can see, the RTS Index went on a tear after news broke that Donald Trump, not Hillary Clinton, would be the 45th president of the United States.

But it looks like a classic case of “buy the rumor, sell the news.”

Since its peak, the RTS Index has fallen 10%.

Thinking About Investing Is a Waste of Time
When thinking about their financial situations, most people spend way more time thinking about investing than they do about spending and saving. But it should be the other way around…

ISIS Is Going Broke
ISIS is hemorrhaging money with every piece of territory it loses, according to a new analysis that found that the group’s “business model” is on a path to failure.

How Fascism Comes to America
Fascism is totally the whim of the people in control… but they’ll prove to be ever more ruthless. And what happens now that Trump is president could change everything in sudden, unexpected ways…

On Wednesday, Bill updated you on a new enemy on his family ranch in Argentina: drought. And it’s prompted a lot of helpful… and not so helpful… feedback from readers…

I’m a farmer based in Botswana in Southern Africa, and I farm with cattle. We don’t get much rain as we are a semi-arid country, with two-thirds of the country being covered by the Kalahari Desert. But we’ve learned a few tricks that help us survive droughts and make some money out of the cattle business.

Based on the situation at your ranch, I think it’s important to reduce your stock – sell cattle you don’t need so as to manage your grasses. Start by selling all the “weaners” – the weaned cattle male and females. Then do pregnancy tests on the cows and sell all those that are not pregnant (nonproductive cows). The pregnant cows will need the grass most and will not have to compete with the non-pregnant animals or weaners for grass. You are also assured of a calf (profits) in the next breeding season (which could replace the sold cows if conditions improve).

With that money, you could buy feeds to supplement the remaining herd and save some for a rainy day (replacements).

For your ranch problems, I would recommend getting in touch with Geoff Lawton out of Australia. He uses a system called permaculture for sustainable agriculture. He has a couple of projects operating in Jordan, with less rain than I think you’re talking about. He has success with his systems in a wide variety of conditions.

I read your missive about the loss of 2,000 head of cattle during a drought. I lived in western Kansas for decades, and the concept of feed yards is no longer a novelty on the High Plains. Seems like you could invest in a modest feeding operation, importing the feed if necessary (preferably like the Pharaohs of old, storing grain ahead of the next drought cycle.)

Thanks for continuing to spawn out your Diary articles. Very enjoyable reading.

So much for buying a doomsday retreat in a foreign country.

And, finally, this regarding the story Bill told on Wednesday about the flood that struck Nelson County, Virginia…

Your story of “The Flood” in August of 1969 in Nelson County, Virginia, brought back many memories. Although I lived in East Tennessee, where I still do, I was in a motel in the area that night. I was there on business. It must have been the hardest rain since Noah’s flood. The next morning all travelers were asked to vacate motel rooms for the flood victims. I promptly did so.

Legendary gold investor – and Bill’s old friend – Doug Casey is finally sharing the secret of his investing success. He calls it the “Casey Method,” and it’s the private strategy he’s used to amass a fortune over the last 40 years… To get the details straight from Doug himself, listen here. 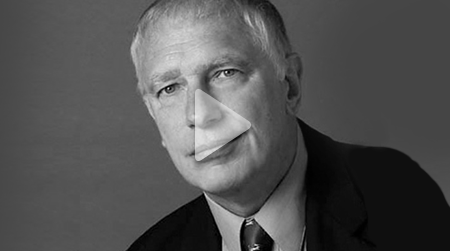