Maria’s Note: Maria Bonaventura here, managing editor of the Diary. Today’s weekend edition comes from trading “wizard” Larry Benedict. When it comes to building wealth, there are few better people to learn from than Larry…

His career as a trader kicked off with just $10,000 in the pits of the Chicago Board Options Exchange (CBOE). Over the next 35 years, Larry worked his way up to making millions of dollars on single trades… and managing hundreds of millions.

Today, he lets us in on the insight that made him successful…

A lot of the problem with new traders is they end up letting one or two big winners define them.

That’s an emotional approach… And it leads to a lot of early endings to promising careers.

I’ve always looked at trades very mathematically, and encouraged new traders to do the same.

I’m thinking less about how a trade reflects on me in a personal, emotional way… and more on how it’s affecting my overall P&L (profit and loss).

I want to be consistent above all, and that’s my way of achieving it.

Traders make mistakes when they make emotional decisions and divert from the mathematical plan. That’s the opposite of consistency.

For me, consistency has always come out of grinding out positive P&L. It’s from putting a P (profit) on the page, no matter how small.

That’s different from what I see most traders doing…

Most traders just go for home runs. They want to cash out of a trade only when it hits some unreasonable profit target. And by waiting around for that profit, they’re missing out on countless other profit opportunities.

I’m not a home-run guy. I look for singles, doubles… And every so often, when everything lines up perfectly, I hit the grand slam.

I don’t mean to pretend that I’m perfect. As I write this, I’m in a trade that was up a decent amount of money.

But I got greedy.

Instead of cashing out of the trade when I hit my profit target on the upside, I decided to keep pressing. And what was looking like a big gain is now a loser.

Here’s my point… When you’ve earned your risk – meaning you’ve had a string of good trades and built up a strong base of capital – you can afford to get greedy.

Before I made this trade, I’d been doing well. I had built up my P&L… so I took the risk.

I never would have pressed this trade if I were on a losing streak. I would have taken the profit right away.

Every trader should be using this same discipline… but almost none of them do.

What’s even worse is, this same emotional approach bleeds into their personal money management, outside of trading. Here’s what I mean…

The mistake is they think they will just make the same amount next year. That they’ll have the same income, year after year.

And they just blow through all of their money.

That’s terrible money management. And if you’re going to be successful at trading, or at anything you do in life, you have to have responsible money-management skills.

It may sound strange, but being a successful trader for the long haul is just as much about what you do when you’re NOT trading…

Consistency is what made me unbeatable. I could risk a million on a trade and it didn’t matter, because I earned it by building up a strong base of capital. You have to look at the long term as well as the short term.

And, just as importantly, I never lived outside my means. If you let your ego get to you and you go overboard, that’s just as dangerous.

Don’t change your lifestyle just because you had one great trade, one great month, or one great year. I always tell the guys who trade or work for me… if you have a good year, buy yourself one thing and save the rest of the money.

Saving money and making sure you always have a solid pile of capital is the foundation of consistency.

The best traders are the guys that keep slowly building profits every year. They will keep getting bigger and bigger as they go.

The worst ones are those who assume lightning will strike twice, and that they can depend on the same result over and over to fund higher levels of risk – and irresponsible spending.

If you’re consistent in not just your trading discipline… but how you manage your money after the market closes… you’ll come out ahead of almost everyone else.

Maria’s Note: Maria here again. Remember Larry’s “$70,000 challenge” I told you about a few days ago? Well, in America’s first-ever “Trade-a-Thon” on Wednesday night, Larry blew that challenge out of the water. He used his trading technique to generate $106,547 in a single trading day…

Actually, he made the bulk of it in just a few hours.

All of that money – every single penny – is going to a local charity, Boca Helping Hands. And the good news for you is that Larry’s willing to teach you exactly what he does…

In an exclusive presentation, you’ll learn how, after starting from the bottom, Larry turned trading into a full-fledged career… and what it takes to do the same. Watch it right here. 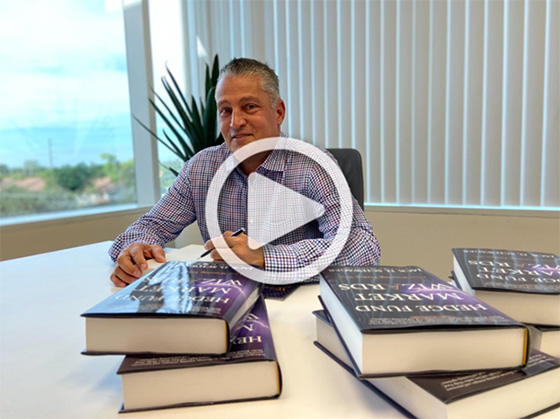