There is a lot of discussion in high tech this month about the slowdown in the IPO (initial public offering) market.

2019 was shaping up to be one of the best markets in years. But then the post-IPO stock performance of companies like Uber and Lyft fared poorly.

There was so much pent-up demand for investing in these high-tech giants that had been private so long, no one seemed to care much about valuation. That never ends well.

But the company that really spoiled the party is WeWork. This is a company that I wrote about before. Specifically, I highlighted some egregious business practices of the company’s CEO, who has since been removed.

WeWork is not a technology company, but it was valued as if it was one of the best ones in the world. It was gearing up to have an IPO this fall to great fanfare…

But once the company filed its S-1 with the Securities and Exchange Commission for the IPO, the dirt came out. The transgressions of the CEO and his management team were far worse than originally believed.

The valuation collapsed, and the IPO was pulled. Those venture capitalists who were silly enough to invest in a real estate company at Uber-like valuations got what they deserved.

But believe it or not, this is great news for the IPO market…

Valuations are going to return to more reasonable levels. As investors, that’s great for us. It means we will be able to invest in newly public companies at a fair valuation.

I’ll keep following this trend. But for now, let’s turn to our insights.

Jeff Bezos and Elon Musk aren’t the only tech billionaires going to space. I have been keeping an eye on Mark Cuban, and one of his companies has officially become a contender. And it’s one of the most disruptive space technology companies I’ve ever seen.

Early stage company Relativity Space just raised $140 million in a Series C venture capital round. This is four times what it raised in its Series B round back in March of last year.

And this fundraising round will literally take the company to space. It is the financing Relativity Space needs to get its first rockets into orbit. And these aren’t just any rockets…

Relativity Space is building what it calls the first autonomous rocket factory – so named because it is 3D printing rockets in this factory. 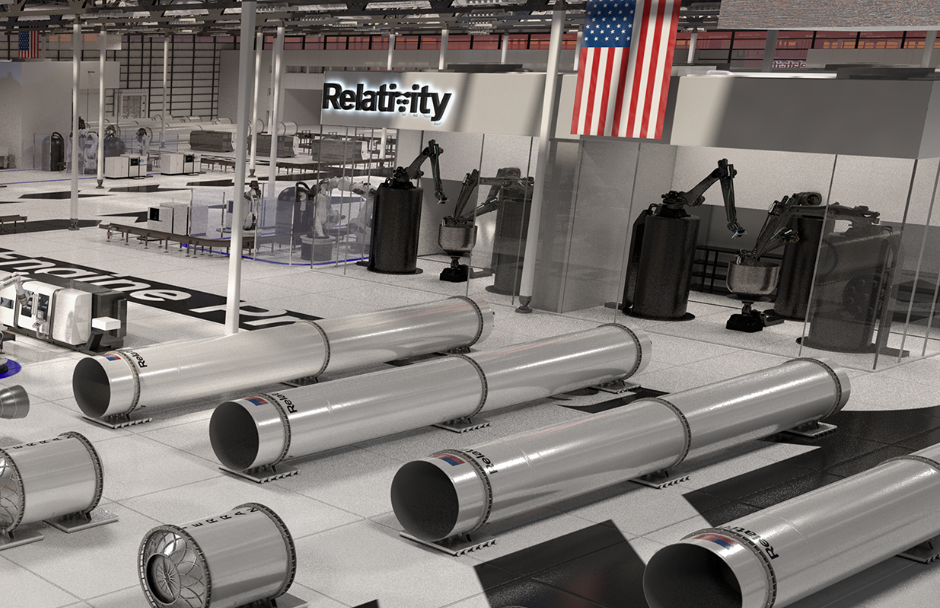 That’s right – this company devised methods to 3D print an entire rocket. And that includes the engine. How incredible is that?

This may be the most disruptive approach to the aerospace industry I’ve ever seen.

And by using 3D printing, Relativity Space can build a rocket from scratch in 60 days. It goes from raw materials to a rocket ready for spaceflight in just 60 days.

This is a massive competitive advantage. It takes the incumbents more than a year to do the same thing.

Aside from speed of manufacturing, the advantage of 3D printing is that it can create physical parts that just aren’t possible using traditional manufacturing processes. That allows for the complete optimization of each rocket part.

This is going to be a fun company to watch. The first launches are expected to happen in 2021… in less than 18 months.

To start with, Relativity Space will target the small payload market. It will launch small payloads into space – about the size of a car – and it can do this for about $10 million per launch. That’s incredibly cheap to get a payload like this into low Earth orbit.

This approach will be great for smaller satellite constellations. And Relativity Space has already won its first contracts from a Canadian company called Telesat.

Bezos, Musk, and now Cuban are completely disrupting the aerospace industry and leading what will become the golden age in space.

Another AI breakthrough in the medical field…

The group calls its system CheXpert – a clever name (“chest expert”). It’s an X-ray interpretation system that learned to spot pneumonia simply by analyzing a data set of X-rays. Here’s why this is important…

On average, it takes physicians about 20 minutes to analyze X-rays and make a diagnosis. CheXpert can do it in 10 seconds. And the AI doesn’t just diagnose the disease quickly – it can do it accurately. Researchers found that its diagnostic abilities were on par with trained radiologists.

People die from pneumonia every day. It is very dangerous if not treated quickly. That’s why a fast, accurate diagnosis is critical.

Now, we’ve talked before about how AI will be a great supplement to human physicians, improving the quality of health care for everyone. This is especially true in remote areas where physicians may be scarce and medical resources may be limited.

Well, CheXpert is being tested in the mountainous areas of rural Utah right now. This is a perfect example of how AI can be used to augment physicians in areas lacking quick access to metropolitan medical services.

So we are just in the early stages of AI coming to the medical field. And we can be sure that this trend is only going to accelerate. That’s because health care is the most popular area for private AI investments.

AI health care companies have raised $6.4 billion over the past six years with 837 deals. When we see this much private capital flowing into a technology, we know some incredible applications will come out on the other side.

Microsoft is getting back into the mobile phone business…

This is an Android-based phone with Windows running on top. So Microsoft is porting Windows to an Android phone.

And get this… “Duo” stands for dual screens. Microsoft basically glued two smartphones together and had them fold in the middle. It’s not a flexible screen, like Samsung’s Galaxy Fold. 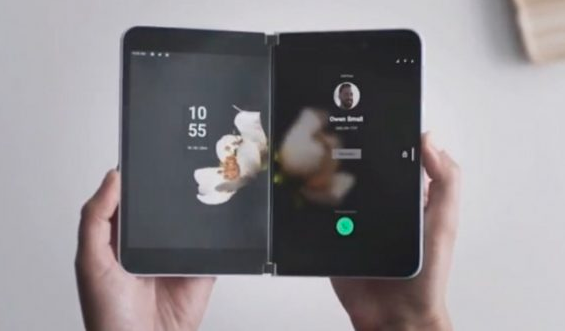 Oh, and the phone is powered by an Intel Lakefield processor. Microsoft is taking a processor used for PCs… and putting it into its phone.

But we aren’t supposed to call it a phone… It is a “Microsoft Mobile Productivity Solution.” Really rolls off the tongue, doesn’t it?

As my longtime readers can probably guess, I’m not impressed…

To me, this is laughable. If we remember, Microsoft already tried the mobile phone game once… and failed miserably.

Microsoft bought Nokia’s mobile phone division for $7.2 billion back in 2014. It was such an appallingly bad acquisition that Microsoft ended up writing off $7.6 billion in losses on the deal. Yes, it lost the entire $7.2 billion it put in… and then $400 million more.

And the best idea it can come up with is to glue two smartphones together, slap a PC chip in there with Microsoft Office, and try to break into the mobile phone industry again?

That’s rather embarrassing. I don’t expect Microsoft to have much success this time around, either.

Microsoft may be in its golden age for milking its monopoly position in PC operating systems and productivity software. It continues to struggle to innovate and create new businesses and products in-house. It is left with overpaying for large acquisitions when it should be returning capital to its shareholders.