I’ve been presenting at our annual conferences since 2016, and each year, I tackle something different in the world of high technology. I go to extra lengths to make sure that I always share information and insights that I haven’t shared before. In fact, I don’t even share the presentation in advance with the Legacy Research team… It’s always a surprise.

This year will be no different. I’m going to be speaking about some incredible developments in the world of technology and how they are interacting with one another.

I’m also going to be providing some specific investment recommendations, including one that I’ve never written about before.

And I’m even going to share with the audience one of my most important watchlists of private companies. These companies are going to be solely responsible for the acceleration of technological development.

And they will eventually go public or get acquired by a public company. Either way, we are going to want to follow them and be ready for a window to invest.

For those readers who can’t attend in person, Legacy Research has made it possible to “attend” online right here if you are interested.

Now, let’s turn to our insights…

As I alluded to on Friday, Apple launched iOS 13 last Thursday. This is the next-generation operating system for the iPhone and iPad. And I found something buried within the code…

As a reminder, AR glasses have special lenses that can display digital images in our normal field of vision. Users can read text messages, see images, view real-time feeds of important information, and even watch videos within the glasses… all while going about their normal routine. And AR glasses will offer many different apps that overlay images and data on top of the user’s natural surroundings.

So the references in iOS 13 give us insight into how Apple is approaching AR.

It looks like StarBoard will power AR glasses that pair with the iPhone for processing power. In other words, Apple’s first generation of AR glasses will leverage the computing power in a consumer’s iPhone. Both devices will pair and function together.

There is a big short-term advantage with this design. Since the glasses won’t need to contain all the electronics (and thus battery power), they can be smaller. They can look and feel like a normal pair of glasses. That’s much more attractive to consumers.

And Apple just filed for a patent for augmented reality tech that beams holographic images from a lens into the eye. Given how far along Apple is with its operating system in supporting AR, it is obvious that the company held back this patent as long as it could. It did not want to reveal its approach.

So with AR support embedded in iOS 13 and this new patent filing, we can expect to see Apple launch its AR product within the next 12 months. This is big news. And it’s also exciting, as Facebook and Magic Leap are also in the race to bring AR products to the market as soon as possible.

And with Apple set to release its first 5G-enabled iPhone next year as well, 2020 is shaping up to be a monster year for the tech giant.

Facebook just jumped into streaming television services. The new product is called Portal TV. It sells for $149. And it is a direct competitor to Apple TV, Roku, and other streaming video devices. 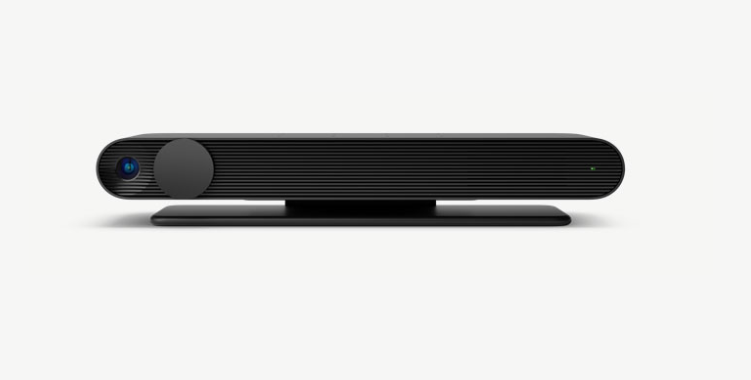 Portal TV allows users to stream video content to their TV. It provides access to Amazon Prime Video and Spotify, though it lacks Netflix, HBO, and Hulu. But here’s the rub…

Portal TV comes with a 120-degree wide-lens camera. Users can do video chats with friends and family while watching the same TV show.

Facebook wants to grab as many of those 12 hours per day as possible in order to collect user data to inform ad targeting. Up to this point, Facebook hasn’t been able to collect consumers’ data on television-based consumption. And that data is a gold mine for Facebook… That’s where Portal TV comes in…

But we also know Facebook has been a terrible custodian of our personal data. It tracks and logs our pictures, video, web habits, and even our conversations. And as the Cambridge Analytica scandal demonstrated, our data isn’t kept under lock and key. It’s sold to the highest bidder, and at times, it even gets into the hands of those who are not supposed to have access to it.

What a horrific idea. The last thing in the world I want is for Facebook to be able to watch my family in the comfort of our own home… and listen to our private conversations. And make no mistake – that’s exactly what Facebook will do with Portal TV.

That said, lots of people will buy it. Having video chats while watching TV together will be appealing to people who don’t think much about privacy. Facebook knows that. Because of this, the company will gain several more hours of surveillance data on people through their television viewing and any activity that happens in and around the televisions in consumers’ homes.

So if we at all care about our privacy, we definitely should not purchase a Portal TV. I for one will forgo the convenience of having video chats on my television to keep Facebook out of my home.

One of the most amazing AI feats yet…

The Allen Institute for Artificial Intelligence (AI) developed an AI that just did something incredible.

The AI dug into the world’s archive of academic papers on pharmaceutical drugs and dietary supplements… and created a comprehensive, searchable database documenting how specific drugs and supplements interact with each other.

The AI added 2,727 drugs and 1,923 supplements to its database. And it documented nearly 56,000 interactions between them.

This is especially important because physicians are not always well-versed on interactions between drugs and dietary supplements. Think about it…

When doctors prescribe us a drug, they might not ask us what supplements we are taking. They may not counsel us on how this drug will interact with other substances. They just tell us to take the drug.

But there are both positive and negative interactions between drugs and supplements. Some supplements improve the effectiveness of a particular drug. Some reduce it.

But with a quick search, this AI can tell us how our supplements and medication interact together, for better or worse.

Simply amazing. No single person or groups of people could possibly parse and catalog this vast quantity of medical data.

This is an incredibly useful database. And it is available for free. Anyone can check it out at https://supp.ai/.

This is a fantastic resource for everyone. It’s empowering and simple to use. I don’t say this often, but I am enamored by the utility of this database.

We may very well see new therapeutic approaches come as a result of this research. And it is all thanks to the late cofounder of Microsoft, Paul Allen, who founded the institute that made this possible.

As a final word, anyone taking prescription drugs should search this database for them. It’s wise to understand if there are any possible negative interactions with any prescription medicine we might be taking. That way, we can learn what we need to avoid. And in some cases, the combination of a dietary supplement with a prescription medicine can lead to even better outcomes.