I did something yesterday that I haven’t done in a while… I took my kids to a water park. We couldn’t have asked for a more beautiful day, which probably explains the incredible crowds. This place was packed.

And no matter where I go, I’m always coming up with ideas for possible technology investment recommendations. And one came to me yesterday…

It would have been impossible to miss the extraordinary number of “unfortunate” tattoos adorning the bodies of those at the water park. It was staggering, actually.

I’m not talking about the kind of tattoos that might be a little outdated. I’m talking about tattoos where you might wake up in the morning, look in the mirror, and say, “Holy sh-nickerdoodles, what have I done?”

And that got me thinking… How big is the tattoo removal market? How fast is it growing? We might be surprised at the opportunity…

By 2023, the forecast is for a $27 billion market. And it will grow at a 15.7% compounded annual growth rate between now and then. That rivals some tech markets.

But I wouldn’t be so interested in the companies providing the removal service… I’d be looking at the tech behind those services, of course.

And 66% of that $27 billion industry uses laser technology for the removal. I’d be a lot more focused on the tech company providing those lasers to the market… That’s a multibillion-dollar opportunity.

I hope readers will enjoy a little humor today. But joking aside, I always try to keep an open mind about ideas, as odd as some may seem.

That is one reason I get out and travel as much as I do. It stimulates creativity, new ideas, new perspectives, and ultimately better investment recommendations.

Now on to today’s insights…

News is out that Walmart filed a patent for its own cryptocurrency. Much like Facebook’s Libra, Walmart Coin will be a stablecoin, which will likely be pegged to the U.S. dollar.

What is Walmart’s incentive for launching its own cryptocurrency? Simple… money.

Walmart paid $8 billion in credit card fees last year. By launching its own cryptocurrency, Walmart could eliminate the majority of that expense. That’s a multibillion-dollar incentive.

Walmart is an interesting case, however. It’s first and foremost a brick-and-mortar company. Most of its sales are done in-store rather than online.

In fact, Walmart built an ecosystem to provide consumers with many different services. Walk into any Walmart, and you will find a bank, a pharmacy, a restaurant, a supermarket, and even an optometrist… pretty much a one-stop shop.

So Walmart envisions its cryptocurrency much like a bank account. It envisions savings accounts where consumers can hold their digital currency with the retailer.

It’s conceivable that Walmart might even pay interest on Walmart Coin deposits and offer other financial services as well. I imagine there would be a “teller” in the store to help consumers set up Walmart Coin accounts.

And this trend won’t stop with Facebook and Walmart. As longtime readers of mine know, I believe Amazon is on the verge of launching its own cryptocurrency.

As I have said before, Amazon is in a great position to launch its own digital asset. After all, Amazon is a digital-first company. The vast majority of its sales come from online purchases.

And Amazon is already getting into financial services and health care, where blockchain technology can be used to solve some major industry problems.

I don’t believe Walmart will be successful with this effort. It already stumbled with its acquisition of Jet in hopes of establishing an e-commerce business.

But companies like Facebook and Amazon are perfectly positioned to be successful in launching a digital currency.

The panel proposed jail time of up to 10 years and a 250 million rupee (US$3.5 million) fine for anyone caught using crypto. And it also called for an official digital currency to be managed by the central bank.

The Indian government will examine the panel’s report before making a final decision.

So this is something to watch closely. Such a ban would be very harmful to the country. In fact, it’s estimated that India could lose up to $13 billion in economic activity if the government adopts the ban.

And that’s just existing activity. The country would also fall behind the rest of the world in terms of blockchain technology… and all the fantastic innovations such as smart contracts, oracle networks, and asset tokenization.

The ban would also threaten India’s global leadership in the software industry. That’s where India has carved out its expertise in the world of technology. But more and more software will navigate to the blockchain industry… potentially leaving India behind.

This is precisely what we at the Chamber of Digital Commerce – a blockchain advocacy group I’m a member of – are trying to avoid in the U.S. This heavy-handed regulatory approach is dangerous. And all it does is push innovation offshore.

Samsung was just granted a U.S. patent for smart contact lenses. These are contacts that can take pictures and record video. And wearers use these features just by blinking their eyes.

These contacts will also project photos and videos for the wearer… similar to augmented reality (AR) glasses. 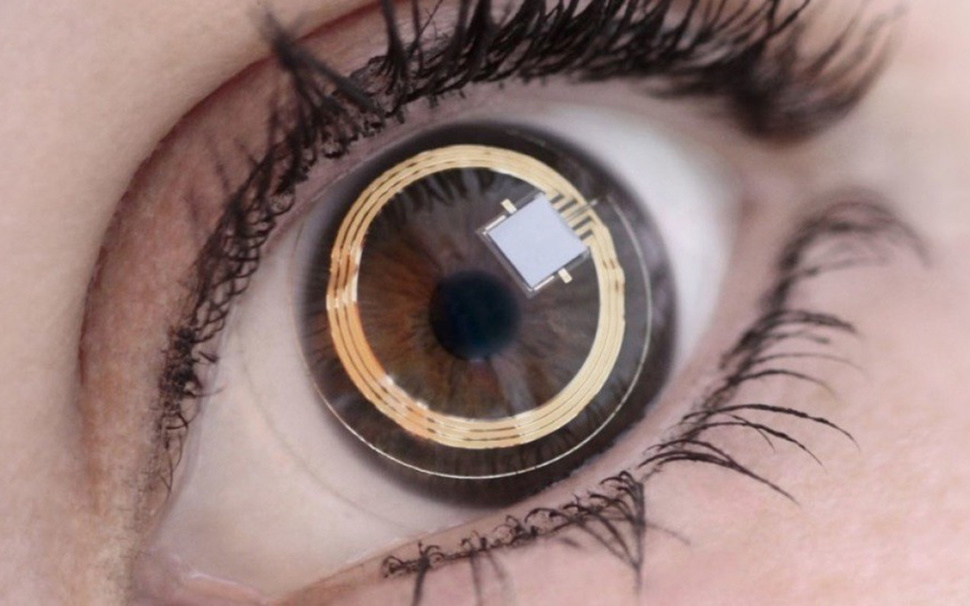 I remember first reading about Samsung’s efforts in this space a few years ago. I’m happy to see that the company is still investing in this kind of breakthrough product.

I suspect we’re still a few years away, though. The semiconductors, display technology, battery, and wireless power technology all must be unimaginably tiny to fit into a contact lens.

And smart contact lenses are expected to be a $7.2 billion market by 2023. That’s not tiny… But it’s not that big either.

Compare that number to the projected market for augmented reality… It’s forecast to be $70 billion by 2023. That’s nearly 10 times larger.

So my real takeaway is that smart contact lenses might be an interesting market for certain applications. But the massive market will be for AR eyewear.

We can expect to see the first big consumer launch of AR eyewear this year… most likely in time for the holiday season.

P.S. Have you reserved your spot for my 5G Investment Summit on August 22?

As a reader of The Bleeding Edge, you already know about how revolutionary 5G will be. But what you might not know is that a handful of small technology stocks are primed to soar once 5G becomes mainstream. The best small-cap 5G stocks will climb 10 times or higher.

That’s why I’m hosting the 5G Investment Summit on August 22 at 8 p.m. ET. I’ll show you my strategy for pinpointing these fast-moving technology stocks. And I’ll also give you the name of my No. 1 5G watchlist company. Reserve your spot here.