Today is the last day to access the replay of my “timed stocks” webinar from last week. In it, I explain why a tiny technology sector is one of the strongest drivers for the initial public offering (IPO) market. It’s creating some of the best investment opportunities available to the public today.

In fact, this is one of the few areas of the stock market that still provides the kinds of investment opportunities we used to have 20 years ago.

No matter how well Uber does, it will never generate a 123,000% return for public investors. It’s already too big.

And that’s why timed stocks are so exciting. These stocks are a throwback to the days of Amazon and Netscape since they go public while they are still tiny.

What’s more, these little-known stocks go public with a “timer” attached to them. When that timer hits zero, their share prices soar higher.

In my webinar last week, I shared details of the incredible investment opportunity we have with timed stocks. I revealed what timed stocks are, why they explode when their timer hits zero, and how you can add them to your portfolio today.

I’ve even identified four timed stocks set to hit zero within the next two months. We can expect massive gains to follow.

Anyone who is interested but wasn’t able to attend last week can view a replay of my Timed Stocks Summit right here. Please take advantage of this research while it is still actionable.

To get to the event, attendees – world leaders in business, academia, and politics – fly in on jets, creating the largest carbon footprint possible. Then, when they land, they ride in electric vehicles to the event and pretend that they got there using “clean” energy.

And then they proceed to talk about what a big problem climate change is, the human impact on climate, and other economic and social issues… My comments are tongue in cheek, of course, but sadly they are true.

But a research report coming out of the WEF’s Centre for the Fourth Industrial Revolution caught my eye this year.

The report is called the “Central Bank Digital Currency Policy-Maker Toolkit.” This toolkit creates a framework for central banks looking to launch a “CBDC” – a central bank digital currency.

It was progressive to talk about such a controversial topic at a stuffy elitist event like this. But it was appropriate for the WEF to do so. There is real progress being made with CBDCs. I’m happy to see such an important technological innovation receive some focus at the event.

I wrote a 2020 tech prediction series over the holidays. In it, I said that we will see China launch a digital version of the renminbi this year.

And just last week, we talked about how former Commodity Futures Trading Commission (CFTC) chairman Christopher Giancarlo is heading up a nonprofit think tank to make the digital dollar a reality.

Well, it turns out that it’s not just China and the U.S. thinking about CBDCs. At least 18 central banks around the world are now developing their own digital currencies. The rise of state-backed digital currencies is happening.

Not coincidentally, the MIT Digital Currency Initiative issued a report during the WEF saying that CBDCs should not simply be a digital representation of fiat currencies. It says that central banks should make their digital currencies private and programmable, with a predictable monetary policy.

In other words, they should take advantage of the capabilities of blockchain technology.

Monetary policy could be programmed into the design of the digital currency and couldn’t be tampered with. For example, inflation – the creation of new currency units – would be programmed to specific criteria and would happen automatically.

If a central bank says it wants an inflation rate of 2% per year, that would be hard-coded into the software. Everyone would know what to expect.

This is an admirable position, but unfortunately, MIT described exactly what central banks don’t want.

In other words, they want to retain full control.

So this trend is coming into full swing. We shouldn’t be surprised if our whole monetary system undergoes a transformation over the next few years…

And a central bank digital currency isn’t the only challenge to our traditional system. There’s a showdown between the government and some of the U.S.’s top tech firms on the horizon.

It could revolutionize how we spend, save, and invest overnight… and kick off a new wave of financial innovation and disruption like never before. Go here to find out more.

The blockchain industry is growing up…

As a reminder, Ripple Labs created a blockchain technology platform to make cross-border currency transfers dramatically cheaper than the SWIFT payment network. And its transfers are nearly instantaneous.

It is one of the most successful and widely used blockchain technologies in the entire industry, and it provides a clear benefit to those who use its technology.

The platform uses its own cryptocurrency, Ripple (XRP). We most recently talked about Ripple Labs last summer when the company struck a deal with MoneyGram (MGI) and then invested in micropayment platform Coil.

Well, Garlinghouse said that taking Ripple Labs public is a natural evolution for the company. It’s the next step. That tells us he believes in the sustainability of the company’s financial position going forward.

I’m most excited about this announcement because it’s a sign that the blockchain industry is growing up. It’s maturing.

Almost the entire blockchain industry is still private companies. This means there is no transparency, and that has been bad for the industry… especially from a regulatory standpoint. The fact that larger digital asset companies are finally thinking seriously about IPOs is a great sign.

I have long held the position that the best way for the blockchain industry to get out of its lengthy bear market is transparency through public offerings. That’s because public companies must file quarterly financial reports with the Securities and Exchange Commission (SEC).

These reports allow investors, business partners, and customers to review the financials and ensure that a company is fiscally responsible. Such transparency will attract more business and more investment. And it will also begin to put regulators at ease.

To me, going public is the best option for the top companies in this space. Ripple Labs and Coinbase are two perfect examples. They both have the scale, structure, and success to be able to do so. And doing so will benefit the entire blockchain industry.

If we do see several prominent blockchain IPOs this year, we can expect the industry to start to gain traction. That would set us up for an exciting year in the blockchain space in 2021.

And I’ll be sure to let paid-up subscribers to my research services know if any of these present an opportunity for us to invest.

When mixed with water, sand, nutrients, and gelatin, these bacteria use energy from the Sun as well as carbon dioxide to create calcium carbonate. That’s what makes the “living concrete” hard enough to be used in construction.

This Concrete Is Alive 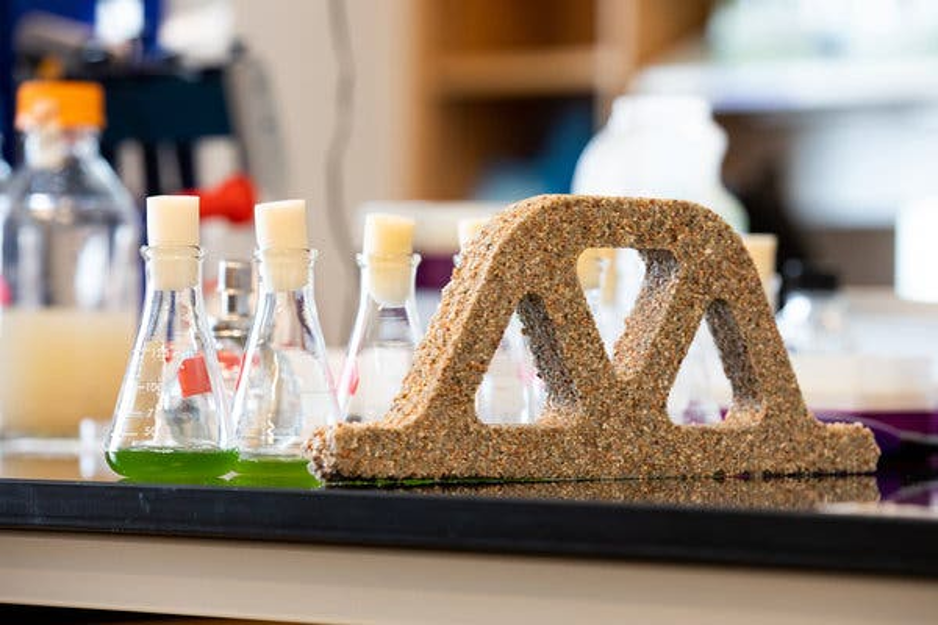 This material has the potential to cut construction costs tremendously for two reasons.

First, it is far cheaper to produce than regular concrete. All you need is sand, water, gelatin, the bacteria, and some nutrients for the bacteria to grow. Simply pour the mixture into a mold, and the building materials will be ready in a few days.

And second, this process can be performed at the building site, eliminating the need to transport heavy concrete.

What’s more, this living concrete is self-healing. Researchers cut one of these blocks in half, and the bacteria began building new concrete. The block was restored to its full size.

This means we won’t have to worry about normal wear and tear with this material. It can repair its own cracks whenever they form.

The U.S. Department of Defense originally funded this project. It is interested in it to reduce the cost of transporting heavy building materials to remote locations. But to me, there are more relevant applications.

For one, this material will enable very low-cost housing around the world. Poverty in remote locations will no longer be an obstacle to reliable housing.

Perhaps most exciting are the extraterrestrial applications. We’ve talked quite a bit before about the modern space race. We are not too far away from seeing manned missions to the Moon… and then to Mars.

Well, why not use this material to start a colony on Mars?

Obviously, we’ll need buildings if we want to have a manned presence there. But hauling concrete through space just isn’t feasible. We’ll need to use the material available to us on the Moon and Mars as part of our construction material. Technology like this may be useful for certain structures.

So this is a fantastic development. With 3D printing, robotic automation, and now living concrete, the construction industry has the tools to produce low-cost housing that will serve what has historically been an unmet need.