Just a few days ago Google announced that it is investing $1 billion into housing across the San Francisco Bay Area. And it is going to do this on its own land.

That’s right, Google is a major landowner in the Bay Area.

Over the next 10 years, Google will repurpose much of its commercially zoned land for housing. Its goal is to build at least 15,000 new homes at affordable levels for middle- and low-income families.

What’s more, Google will invest $250 million to encourage developers to build 5,000 more affordable homes. And it will give $50 million in grants to nonprofits that work on homelessness.

This is interesting. Google wants to address sky-high housing costs in the Bay Area… But successful tech companies, like Google, drove those costs up in the first place.

Of course, this is politically motivated. Google wants to be seen as trying to provide fair and reasonable housing in the area.

But it is also self-serving. Google is trying to address one of its own problems.

Here’s the thing… Google is one of the largest employers in the Bay Area. But it has a hard time attracting new talent because housing is so expensive.

In other words, people can’t afford to come work for Google. Housing costs outweigh the salaries.

That’s why Google wants to develop a reasonable real estate market in the area. To attract new talent.

Now, what’s ironic is that one of the world’s largest tech companies is trying so hard to get new employees to its headquarters…

Twenty years ago, most technologists saw a major shift coming to the workplace. We thought technology would enable people to work remotely. With telecommunications… video conferencing… and platforms to share documents, you just wouldn’t need to be in the office every day.

Because of this, many thought the workplace would be more distributed. We thought people would gravitate to rural areas for a better quality of life… and urban areas would become less dense.

Of course, the exact opposite has happened.

We have the technology we predicted… and much more. It is entirely possible for most people to work remotely today. Yet, more and more people are flocking to urban areas. And they are working from centralized locations around their headquarters. That’s why housing costs have skyrocketed in major markets.

And the reason for this has nothing to do with technology. It’s culture.

Corporate culture, especially in Silicon Valley, has become passive-aggressive. If you’re not there, you’re a target. That’s the culture. I can tell you this because I spent more than 20 years working as an executive at some notable technology firms. The best way to climb the ladder is to be as close to the executive floor at headquarters as possible.

It’s childish. And it’s empowered by social media. You can demean someone and never have to confront them face to face. Even worse, no one knows who you are… Most social media account names aren’t people’s real names.

Sadly, the corporate trend over the last 20 years has been toward centralized teams. This is the path to greater productivity in today’s culture. Which makes me wonder whether even an advanced technology like holographic telepresence will be enough to overcome these cultural tendencies in a corporate environment.

This 3D printing company is paving the way…

I haven’t talked about additive manufacturing (3D printing) in a long time. But the industry has made tremendous progress in the last two years. And one private company has caught my eye…

That company is Carbon. And it has an innovative approach to 3D printing.

Historically, manufacturing parts has entailed injecting materials into a mold. This works well for making mass-production standardized products. But it’s not good for customization or complex shapes.

That’s where Carbon shines. It developed a unique liquid resin… And it uses light to harden the resin into a 3D product. This allows Carbon to do some extraordinary things.

For example, it printed a sneaker so good that it got a deal with Adidas. Customers can order Carbon’s 3D-printed shoes right from Adidas’ website. Carbon also designed and printed a next-generation football helmet. Though the NFL hasn’t come calling yet. 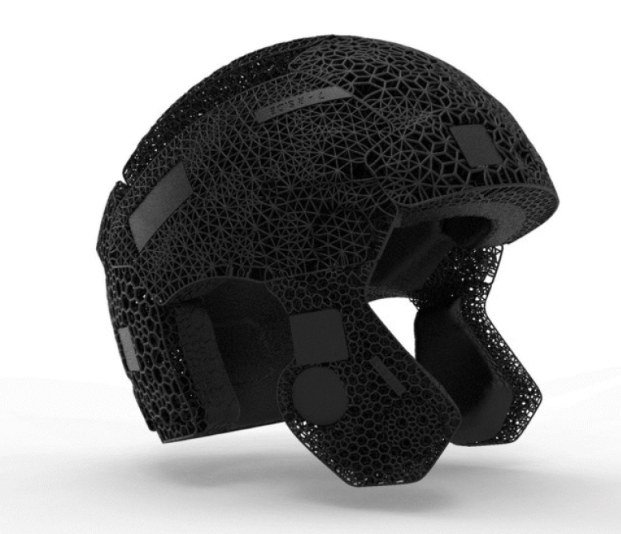 The great thing about Carbon’s technology is that it enables printing on demand. Manufacturers can offer custom products and print them to order. They no longer need to stockpile inventory for one-size-fits-all products.

Well, 3D printing will accelerate that trend. With the technology to print custom products on demand, we no longer need monolithic manufacturing centers with cheap labor.

And the 3D-printing industry isn’t producing just consumer products like sneakers or helmets; the industry is also producing some of the most advanced aerospace parts that are used in aircraft and rockets. Advanced, complex 3D-printed shapes lead to higher efficiency and performance of things like jet engines.

Carbon just raised $260 million in its fifth round of venture capital (VC) funding. That put its valuation at $2.4 billion… which is amazing since it was founded just five years ago.

And large companies like Adidas, Johnson & Johnson, and Fidelity Investments invested in Carbon’s most recent funding round. That’s a telltale sign that Carbon is getting closer to an IPO.

And that, of course, makes Carbon another private company for us to watch going forward.

Is there life on Mars?

Here’s a great story to end on today. Roaming on Mars, NASA’s Curiosity rover just detected a high concentration of methane… a gas usually emitted by biological life. In fact, the concentration was more than double what you would expect to find on a lifeless planet. 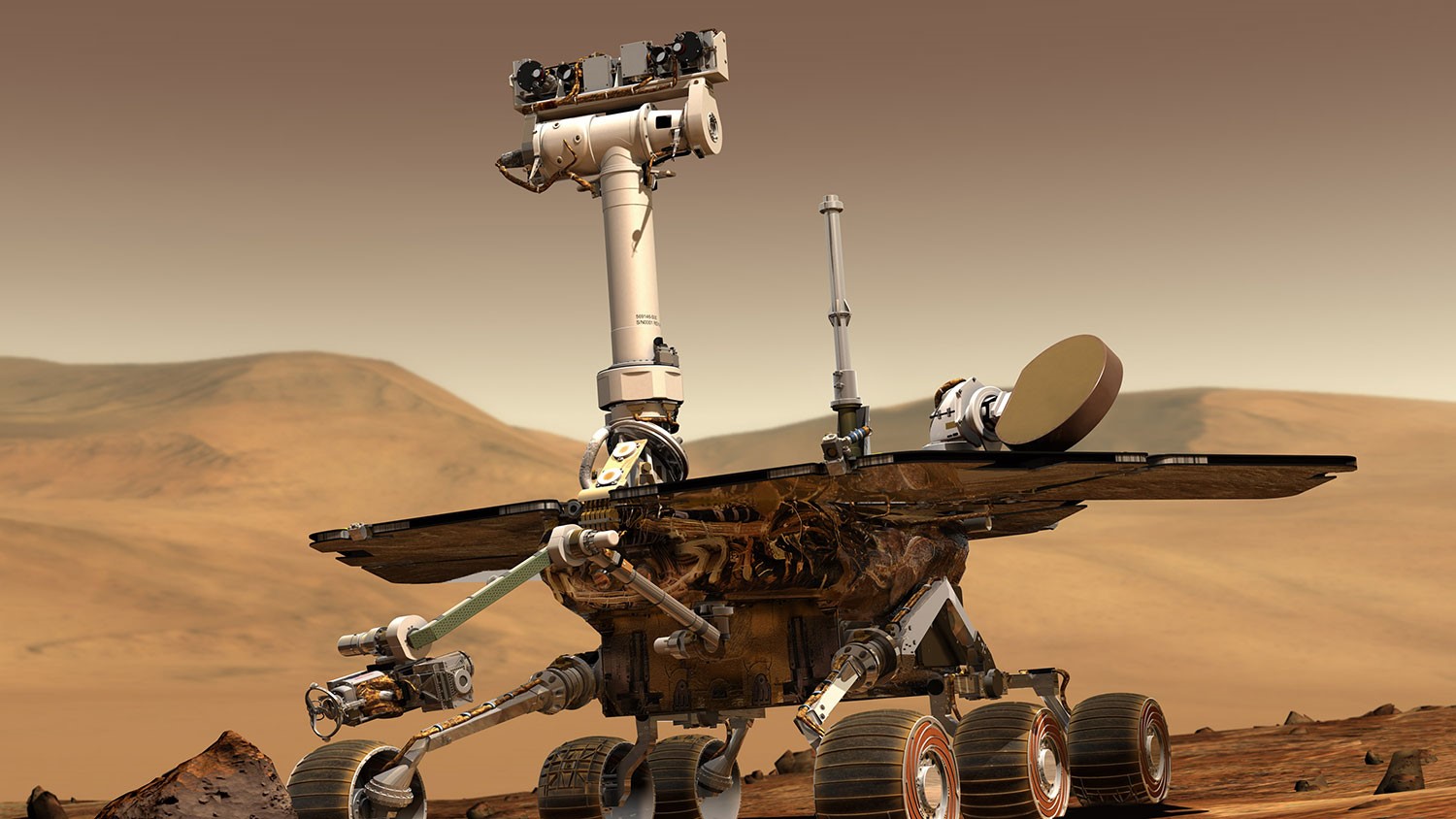 Now, Curiosity has been exploring Mars for seven years… and it hasn’t encountered any life forms yet. But the rover does not have instruments capable of determining where the methane is coming from. Only that it exists.

That’s where the Mars 2020 rover comes in. Mars 2020 will launch its Mars mission next summer… bringing with it instruments designed to find the origin of biosignatures, such as methane.

We will learn much more about the Red Planet when Mars 2020 starts sending data back to us. And that’s an exciting prospect.

As we have talked about before, space exploration is ramping up. Private companies like Blue Origin are working toward a Moon base… And SpaceX’s Falcon Heavy is able to send big payloads to space… and ultimately to Mars for manned missions.

The space technology industry is also undergoing a renaissance right now, with the highest levels of venture capital pouring into private space ventures. Earthlings are just years away from becoming a spacefaring race.