We are rapidly approaching my Timed Stocks Summit, which will take place tomorrow, January 22 at 8 p.m. ET.

At this special event, I’m going to pull back the curtain on a small subset of stocks that go public with a timer attached to their share prices. When that timer hits zero, the stocks can explode hundreds of percent higher in a matter of hours, generating massive profits for savvy investors.

Now, this is an investing strategy that very few people know about. For one, these stocks are just too small for the institutions to invest in. Plus, investors must wade through layers of government-mandated documentation to find these “timed stocks” and figure out when the timer will hit zero.

For that reason, I’m incredibly excited to share my research with you. Big money and big deals happen all the time in the world of tech investing… But so often these deals are reserved for the venture capitalists and the insiders. Typically, the everyday investor is left with scraps.

With these timed stocks, we’re flipping that model on its head. We’re reserving the big gains for regular investors. And I’m not kidding when I say that these stocks can jump 100% or more in a matter of hours.

I’ve done extensive research on this corner of the market for the last five years – and I’ve seen triple-digit gains happen in a single day on numerous occasions.

So if you’ve enjoyed The Bleeding Edge and perhaps my other research products, please join me tomorrow evening. I will unveil my timed stocks research and talk about my system for trading these stocks. I promise this event will be well worth your time.

You can reserve your spot for the event right here.

Now on to our insights…

Apple just acquired an artificial intelligence (AI) company called Xnor.ai for $200 million. This is a great move by Apple…

Xnor is an interesting startup based in Seattle. It was spun out of the Allen Institute for Artificial Intelligence, which I’ve written about before. This is the institute founded by late Microsoft cofounder Paul Allen. It’s focused on AI and neuroscience research.

Xnor is focused on AI technology applied to the edge of a network. We can think of devices that operate at the “edge” of a network as a smartphone, a camera sensor, an industrial sensor… Any device operating “out in the field” is at the edge of the network.

This is an exciting area of AI technology that is going to become prominent with the launch of 5G networks.

With 5G, we are going to see more and more devices operating at the edge. And with the developments in 2019 in AI, particularly those forms of AI capable of running on smaller devices (not large computing systems), we will see AI running on most, if not all of those devices.

After all, our smartphones aren’t typically plugged into an outlet when we are out and about. So applications that eat up too much battery power just won’t work well at the edge.

For this reason, Xnor specializes in AI technology that is ultra-efficient when it comes to power consumption. And this plays into what Xnor is working on…

Xnor developed a platform that enables AI software to be “dropped” into common smartphone applications. This is the Twilio model again, which we mentioned last week.

As a reminder, Twilio created software that enabled any software application to have messaging as a feature. Uber, for example, uses Twilio’s tech. Twilio’s technology is what enables messaging on Uber’s app.

Well, we can think of Xnor as an engine for AI. It allows developers to plug AI into any application for any purpose they see fit. And that brings me to why Apple wanted this company…

I believe Apple is building a low-power AI engine that will enable all sorts of features and functions on future iPhones. Developers working on apps for the iPhone will be able to use software “modules,” like Xnor’s technology, to create commonality across iPhone applications.

In fact, Apple wants developers to use this core technology for two reasons…

First, it will bring AI to all iPhone applications, regardless of whether the developer understands AI. And second, it will create a consistent feel across iPhone applications. In other words, all apps will have a similar look and feel will a common set of features. That provides a great user experience.

So this is a smart acquisition by Apple, and it provides us with a view on the strategic direction the company is taking with its smartphone software. I’m excited to see Xnor’s tech get implemented.

Researchers at the University of Vermont’s computer science department have been studying what’s called “evolutionary robotics.” This is a strange but fascinating topic. This story might remind us of something out of Frankenstein, but I assure you it is real…

This group created what it calls the world’s first “living machine.” Using AI and stem cells from an African clawed frog, these researchers designed a living organism that can act independently according to its computer programming.

So here we have something that’s a cross between a robot and an amphibian. It’s tiny – only one millimeter wide, but it’s composed of living tissue. 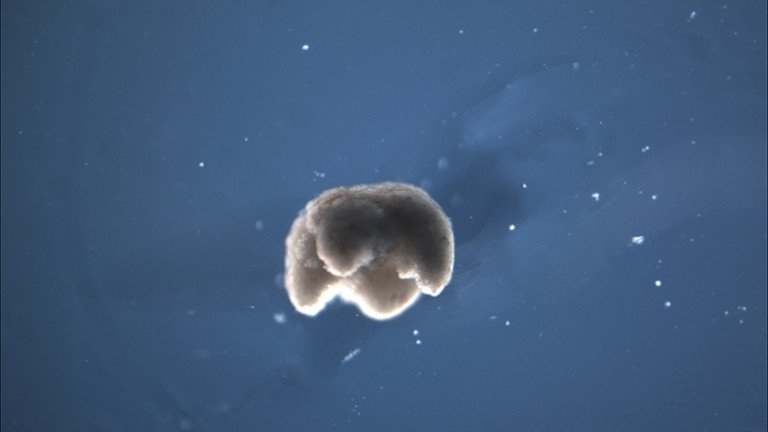 There’s no electricity provided to it… Its tiny heart tissue beats just like a regular heart. And there’s no external control mechanism. It was programmed using AI, but it acts autonomously. The technical term for this is “xenobot.”

Researchers tested many of these xenobots in the lab and found that they can survive for weeks at a time without any nutrients. In other words, they can go weeks without eating. Yet they can move through water seamlessly.

And here’s the most mind-blowing part – researchers sliced into one of them (almost in half)… And it healed itself. As the researcher put it, “Its cells automatically zippered its body back up.” Amazing.

Now, I know this is a strange topic. But there are some great applications here. Xenobots are more environmentally friendly and safer for human health compared to robots made of steel or plastic – after all, they are biodegradable.

And we could design these xenobots to perform useful functions for us. For example, one kind of xenobot could clean up oil spills or toxic waste. Another could clean out plaque from human arteries. And once they stop working, they naturally decay.

Since we can program these simple organic life-forms to do useful tasks, the possible applications are endless.

Here’s an interesting development from Google… The company is cracking down on third-party cookies. This is one of the most common methods of ad targeting today.

Up to this point, Google’s Chrome web browser has allowed third-party cookies to automatically be downloaded onto users’ computers and smartphones.

These are little pieces of software that track us everywhere we go on the internet. They collect all kinds of data on us. Then companies turn around and sell this data to the highest bidder.

Most consumers probably didn’t know this was happening. And there’s very little they could do about it anyway if they use Google products.

So Google announced that it is blocking third-party companies from downloading these cookies onto its users’ computers and devices. It sounds like a good move, right?

Actually, this is something Apple stopped doing years ago with its own Safari browser. That’s why Apple’s Safari browser is a far better choice than Google Chrome today. It’s about time that Google followed suit.

As a result, this will have serious ramifications on the ad industry. Ad companies are going to have a harder time getting data on consumers to sell. This will impact ad rates.

So on the surface, this appears to be a noble thing for Google to do. Outwardly, it seems to be defending its users’ privacy. And it will surely tout it as such. But we won’t be fooled by this PR stunt…

Here’s the thing – Google is doing this only for third-party cookies. It is not changing anything about its own policies.

Google will continue to appropriate as much data as it can from us for its own purposes. Any new Android phone comes literally loaded to the brim full of software applications designed by Google to surveil consumers that use these phones. And because Google is basically reducing the impact of its competitors on the online ad industry, it will reap even more revenue for itself.

So let’s not be fooled. We know exactly how Google works and how it exploits the consumer’s data for its own benefit. Somewhat incredibly, Google sits on $121 billion in cash, and it generated nearly $30 billion in free cash flow in 2019. Yet it doesn’t pay a single penny in dividends to its shareholders. Ridiculous.

There is one basic rule of thumb for internet software and applications… If the product or service is “free,” then that means that we are the product.