We finally saw some relief in the markets yesterday after a few days of market “punishment” induced by the Federal Reserve and the continued fears of a protracted trade war between the U.S. and China.

After falling 7.5% in just three days, the Nasdaq Composite showed some positive action yesterday. And the index is trading flat as I write this.

China definitely seems to be digging in its heels right now on the trade negotiations. This stance certainly lends support to the theory that it is waiting in hope that a Democratic candidate will win in the 2020 elections.

If the U.S. is playing a long game, the underlying motivation is to bring manufacturing back onshore. And this is indeed already happening. Manufacturing jobs have been on the rise, at levels not seen in a very long time.

One of those companies is already in my Near Future Report portfolio, and I expect that there will be more. This is definitely a keen area of research for me. We’ll discuss this more in the future. For now, on to today’s insights…

SpaceX just announced that it will be giving a presentation on its Starhopper spaceship program on August 24 in Boca Chica, Texas. CEO Elon Musk said that its starships will “almost be ready to fly” by then. The importance of the Starhopper can’t be overstated. It will be a spaceship capable of enabling manned missions to Mars.

And the word is that the team at SpaceX has actually been making progress on the starship ahead of schedule. That is why I’m so excited about the 24th of this month.

By the way, these starships are a sight to behold. They are an incredible feat of engineering. And, to a space enthusiast like me, they are just beautiful to see. 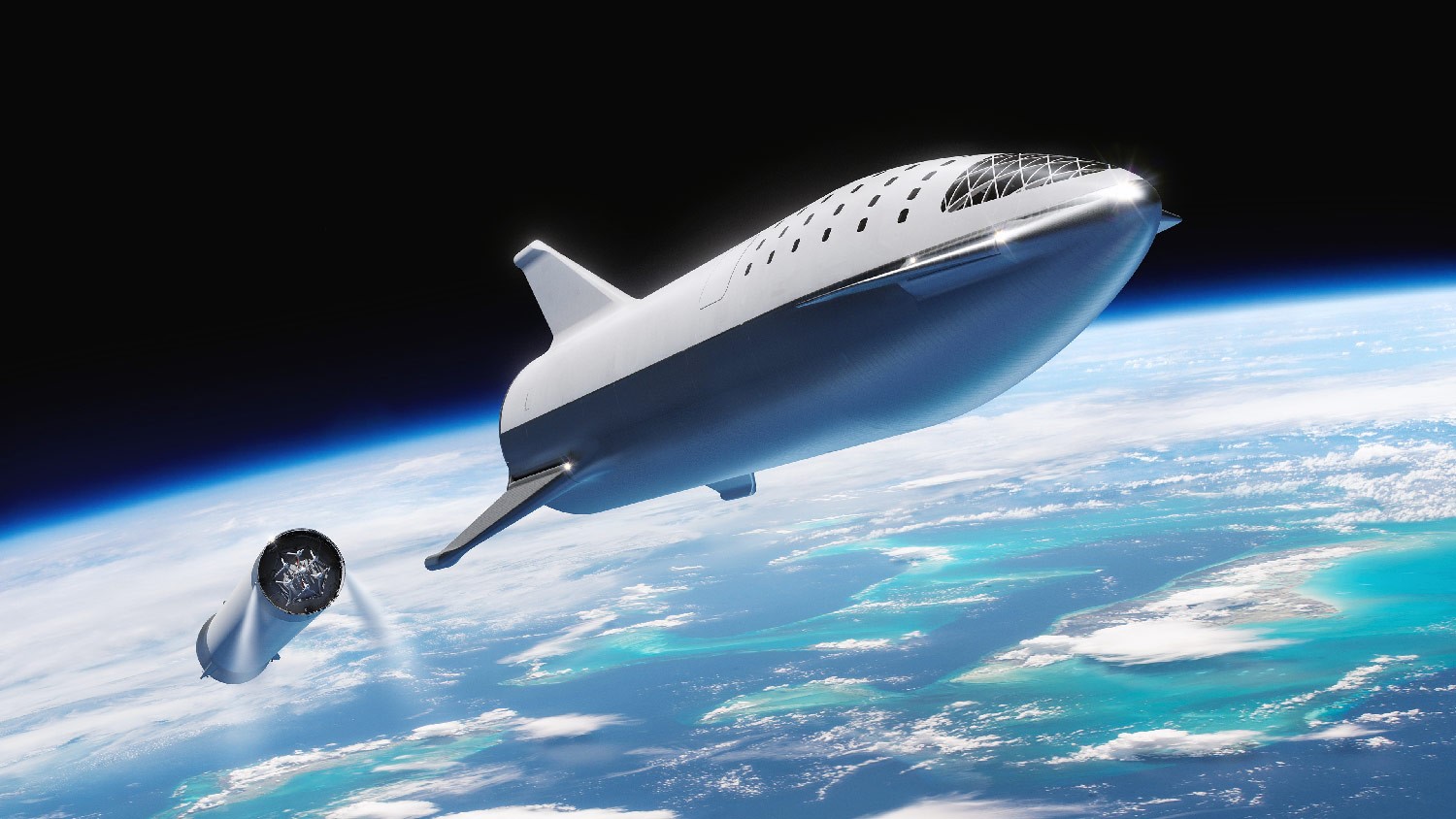 This SpaceX announcement is strategic. It’s a critical time in the industry right now.

President Trump recently set a target for putting a man back on the Moon by 2024. That’s four years ahead of NASA’s stated timeline. And the Moon would be an even easier destination for a spaceship designed to reach Mars.

And frankly, NASA isn’t on track to hit the president’s target. In fact, it just announced a complex and expensive plan for getting back to the Moon. It wants to put a big docking station in orbit around the Earth… and then use it as a launching pad for the Moon. And of course, it wants to use its same old vendors in the process.

As you can guess, this plan was highly criticized. It’s seen as both unnecessary and expensive. And that’s what I believe this presentation from SpaceX is about…

Musk wants to show that his starships can put a man on the moon faster than NASA… and at a fraction of the cost. He wants to scrap the complexity, cut through the bureaucracy, and meet the president’s 2024 objective. I’m betting SpaceX can do it even sooner than that. After all, it has committed to a manned trip around the Moon by 2023, which has already been paid for by a Japanese billionaire.

So this is an exciting development to watch.

I think back to the initial space race… It inspired a generation of kids to become engineers and scientists. I was one of them. As regular readers know, I earned a degree in aeronautical and astronautical engineering from Purdue University because I dreamed of going to space.

And to think, we put a man on the Moon back in 1969. That was before the first personal computers… the GPS system… and long before the internet. Our technology is far superior today. And we’re now faced with massive shortages of engineers and scientists… Young kids are aspiring to be YouTube “stars.”

We desperately need to inspire a new generation of technologists who can tackle the world’s greatest challenges. It’s about time we got back to the Moon…

Scientists just mapped a brain for the first time…

Researchers at the Howard Hughes Medical Institute and Cambridge University just mapped the entire brain of a fruit fly. They used scanning techniques to map all the neurons and all the neurological connections. Then they used Google’s artificial intelligence (AI) to reconstruct a map of the entire brain. 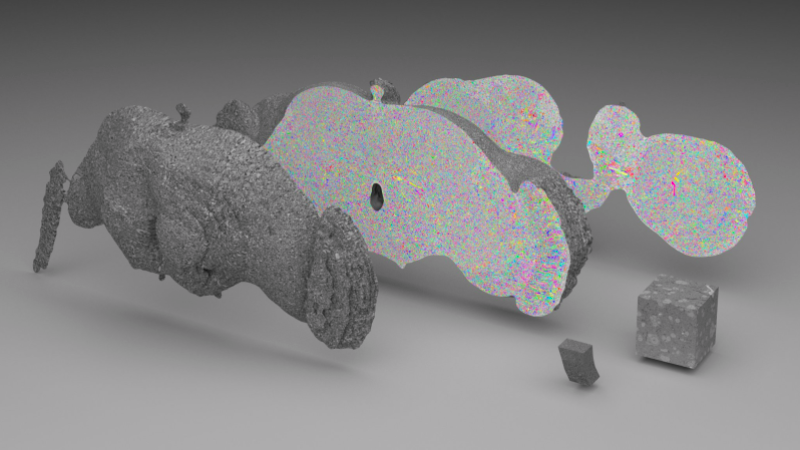 This is really incredible. We have never been able to reconstruct a brain before.

And yes, the fruit fly has a relatively simple brain… But it’s a living creature. And it knows how to fly. That’s not easy to do.

And here’s the big takeaway… If we understand how the brain is designed and how the circuits work, we can eventually recreate the human brain. And that means this is a stepping stone to artificial general intelligence (AGI).

AGI is an AI that has human-level intelligence… except it can perfectly recall facts, information, and data from any available source. It has long been the holy grail of AI.

The “experts” say AGI is still 15-20 years away. I am on the record for predicting that it will happen much faster than that… In fact, I predict we’ll have AGI in less than 10 years… by 2028. I have said before that it is coming much faster… And this is more proof.

What the experts don’t realize is that technological development in AI is growing at a pace much faster than Moore’s Law. And the pace of acceleration is getting faster.

When scientists and engineers are hyperfocused on their area of specialty, it’s natural to not be able to see exponential growth like this. AI will be five times better next year than it is today. That has incredible implications if we project that out 3-5 years.

And that’s why I’m on record of saying that AI will be the single greatest investment opportunity of our generation… and maybe our lifetimes.

Speaking of AI, a company called Scale AI just caught my eye. On Monday, Scale AI raised $100 million in a series C venture capital round. The company is now worth more than $1 billion. That’s what the industry calls a unicorn.

And get this… Scale AI is only three years old. It went from nothing to $1 billion in three years. What’s more, its CEO, Alexandr Wang, is only 22 years old. He was 19 when he started the company.

Scale AI is automating the process of categorizing data to train an AI. This has been a manual task up to this point.

For an AI to learn, we’ve needed hundreds of people to annotate tens of thousands of images. They look at images and mark what they are. That creates a data set for an AI to learn from… which is necessary for many fields.

Think of autonomous driving AI, for example. The AI needs to recognize other cars and trucks, bikes, street signs, pedestrians, dogs, and all kinds of other objects. Or think about a production line quality control AI. It needs to recognize the proper parts and what it looks like when a part is damaged.

Scale AI uses AI to take a first pass at annotating these images. From there, the images are turned over to independent contract workers who confirm or correct the annotations. This accelerates the process and saves time and money.

First, this is a completely new industry that didn’t exist before. We need hundreds of thousands of people to train AIs. And these are jobs that most people can do with just a little training.

Second, Scale AI’s $100 million funding round proves that this is a valuable business. A three-year-old company worth $1 billion doesn’t happen often. And it shows us that the market for AI technology is very robust.

And this is work that involves the AI collaborating with humans. That’s important.

I see all the fear-based headlines… But AI isn’t going to wipe out all human jobs. On the whole, it will create jobs. And it will allow humans to do their jobs more efficiently.