I wanted to send out a sincere thank you to those of you who took the time to join me at my webinar last night on “timed stocks.”

There are so many incredible technological developments happening this year that we are tracking, investing in, and profiting from like 5G wireless technology, artificial intelligence, machine learning, cybersecurity, cloud-based software solutions… and, of course, personalized medicine and biotechnology.

This last category – early stage biotechnology companies – is one of my favorite trends for the next several years. As we’ll read in Monday’s issue, it is one of the strongest drivers for the initial public offering (IPO) market. And it’s creating some of the most exciting investment opportunities.

And because these companies go public when they are small, it is one of the very few areas of the stock market that still provides the kinds of investment opportunities that we used to have 20 years ago.

After all, who wants to invest in Uber at an $80 billion valuation? We’d much rather invest earlier on at a $1 billion valuation or smaller. That’s precisely the opportunity that early stage biotech offers.

If anyone was interested but unable to make it, you can view the webinar here.

I am on the record as saying that 2020 is the year that the first fully autonomous vehicle will hit the road. A new announcement from Cruise supports my claim… And it won’t be the last.

Cruise is the early stage autonomous vehicle company that General Motors (GM) acquired back in 2016 for $581 million. That deal made a big splash in the press because Cruise was pre-product at the time. It was a large sum for a company only in the development stage.

So we had a legacy carmaker paying big money for an autonomous vehicle company with nothing to sell. To some, it looked like quite a reach.

Well, Cruise just announced its first product on Tuesday. It calls it the “Origin.” It’s an odd-looking vehicle. It looks like more of a “people mover” with sliding doors, and it’s hard to tell which end is front or back.

The Origin is a fully autonomous vehicle that has the same dimensions as a crossover SUV… except there’s no hood, no side-view mirrors, no passenger-side windows, and most notably, no steering wheel and no floor pedals.

If we remember, GM petitioned the state of California last year, asking for permission to test self-driving cars with no steering wheel in them. Now we know why. 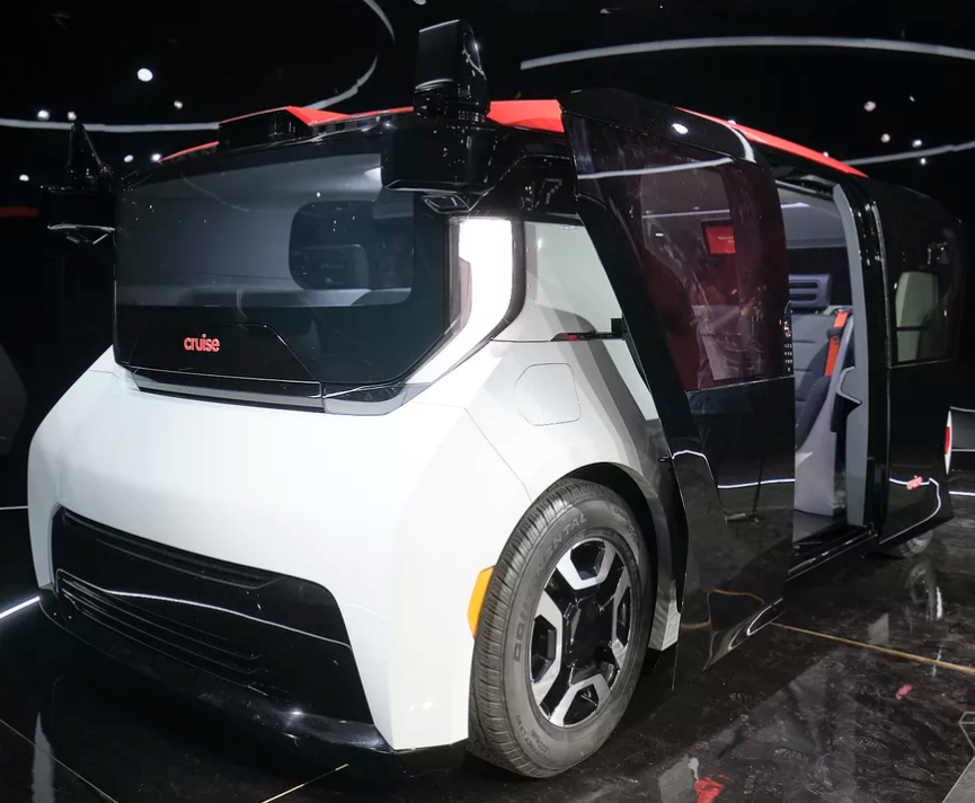 The design suggests that Cruise envisions the Origin being used for public transportation in urban areas. And I would not be surprised to see this vehicle employed at parks, airports, or conference centers.

There are a lot of applications where this kind of vehicle will make a lot of sense. And, of course, there will be self-driving Teslas and other makes/models on the road and owned by consumers. Before the end of the year, we’ll see a landscape of fully autonomous vehicles.

Do you know how American astronauts get to the International Space Station (ISS) these days?

In 2011, the United States ended its space shuttle program. Since then, the U.S. has been paying Russia – to the tune of as much as $86 million per person – to shuttle astronauts to the ISS.

That’s right. America’s main rival during the space race of the ’50s and ’60s is now shuttling American astronauts to space. How’s that for ironic?

But that’s all about to change…

Private space company SpaceX completed a critical mission over the weekend. It performed an abort mission with its Crew Dragon capsule. Here’s how it worked…

SpaceX launched the Crew Dragon capsule up to a high altitude from the Kennedy Space Center in Florida. Then it ran a simulation that assumed something went wrong with the booster. 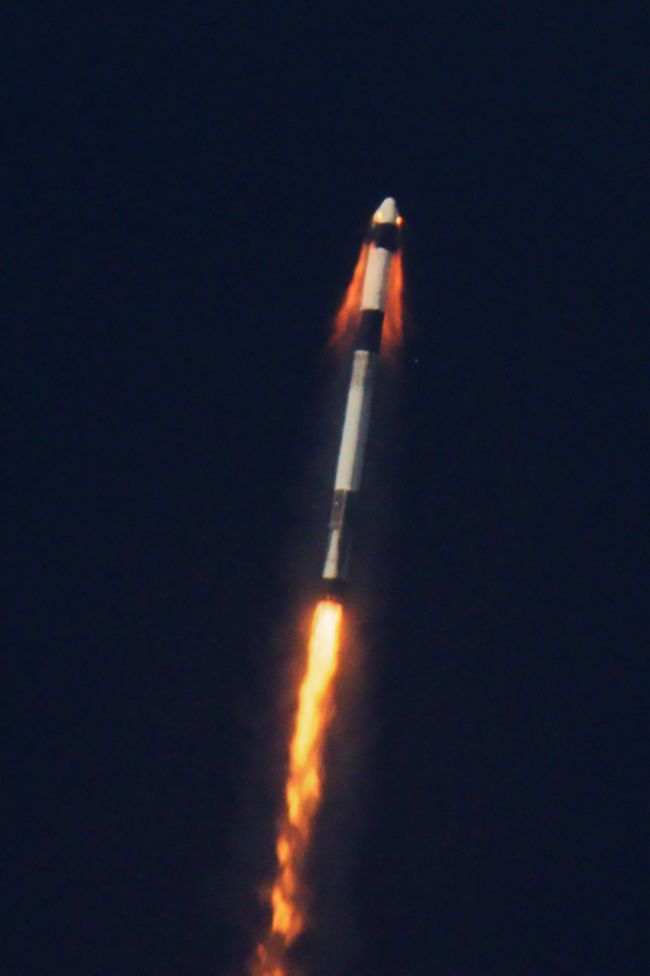 The purpose was to demonstrate that the Crew Dragon capsule would remain safe, even in the unlikely event that something went wrong with the launch.

And I am happy to say that it passed with flying colors. The Crew Dragon capsule detached, went through a series of maneuvers to reorient the heat shield toward Earth, and then landed safely.

For someone who dreamed of being an astronaut as a kid, it was a beautiful mission to watch.

And here’s the most exciting part – this was the last milestone SpaceX needed to prove that the Crew Dragon was safe enough for manned missions. Remember, this is the vessel that will ultimately carry up to seven astronauts to the ISS at a time.

And SpaceX is talking about launching its first manned mission in the second quarter of this year. That means we may be as little as three months away from watching history be made.

And SpaceX has very specific plans for its next mission…

SpaceX will be able to take American astronauts up to the ISS in a beautiful, modern spacecraft… at a 36% discount to what the U.S. is currently paying Russia. SpaceX is coming in at $55 million per astronaut.

This will save NASA money. And it will be a transformational revenue stream for SpaceX. With a crew capacity of seven, SpaceX stands to make up to $385 million per launch.

So this is a win-win for SpaceX and for NASA. I’m excited to watch this story unfold. And SpaceX continues to be one of my top companies for a potential IPO this year.

Our last insight isn’t strictly about high technology. But if you plan on investing in stocks this year, read on…

This caught my eye because we also saw many hedge funds shut down last year. And we’ve now seen more than 4,000 hedge funds close over the last five years.

The reason for this is simply that most hedge funds have underperformed the major indices like the S&P 500 in recent years. And last year was especially bad.

While the S&P 500 was up 28% through November 2019, the Bloomberg Equity Hedge Fund Index, which tracks the overall performance of hedge funds, only managed a 10% gain. That’s dramatic underperformance.

On the surface, all these hedge fund closings would suggest that hedge fund capital is shrinking. But it’s not. It’s just being reallocated.

And there’s an even bigger insight here…

Today, we’ve got hedge fund capital at all-time highs. We’ve got private equity firms entering the year with their largest cash positions ever. And we have venture capital funds investing in technology companies at the highest rate ever in history…

Yet many stocks are trading at valuations that are way too high. I’m starting to see many great companies reach valuation levels that are not sustainable. And many of these companies are heavily weighted in the various indexes and exchange-traded funds (ETFs) out there.

So what does this all mean for investors?

This is not a market where investors can simply buy an index and expect to make money. That strategy worked well last year (compared to hedge funds)… but it won’t work in 2020.

This is a stock picker’s market. Especially in the tech sector.

There’s a tremendous amount of money flowing into tech right now. This will result in a high number of tech IPOs this year. I believe we will also see an elevated level of mergers and acquisitions.

So there’s a lot of money to be made investing in the right companies, at the right valuations.

In fact, I can make the case that there’s never been a better time to target those tech companies with a high likelihood of getting acquired. That’s a recipe for fast 40%… 50%… sometimes even 100% gains, virtually overnight.

To all paid-up readers of my various investment research services, rest assured. We’ll be buying the right stocks at the right price this year. 2020 will be another great year.