Van’s Note: While tech is our focus here at The Bleeding Edge, some investing ideas are just too good not to share. Today, we’ve got a special guest essay from a former $1 billion hedge fund manager who managed to make 2008 his fund’s best year… despite the global financial crisis going on.

Larry Benedict is not only a fantastic trader… He recently challenged himself to make $70,000 in less than one day… And he plans to give all his earnings to charity.

Make sure to tune in to see the final result… and to find out the method Larry uses to generate such incredible profits.

And today, Larry shows readers how anyone can become a big-time trader…

Trading is a business. And like any business, you have to have a goal of what you want to make and a plan to hit that goal.

When I was running my hedge fund, that was the only way I did business. I had clients write down a number on a piece of paper, and that’s what I made for them.

Similar to those clients, anyone who’s serious about trading should have a goal of what they want to make. A number on a piece of paper that they’re going to make in one month… two months… or whatever time frame it may be.

And there’s one specific way to achieve that…

You should always look to put a P (profit) on the page. It doesn’t matter if the profit is small – if you have it, you take it.

This is the only reliable way to hit your trading goals.

Most traders want to make a specific amount of money… but also get there in the fastest way possible. They overleverage their positions, load up on risky bets, and get blown up.

That’s a fast way to become poor, not rich.

The smart trader… the one who’s in the vast minority… is taking small profits every single day.

And if you keep doing that, over and over again, you accumulate a larger base of capital and can afford higher levels of risk… which inevitably leads to bigger rewards.

Trading this way means your winners will outweigh your losers. You won’t be all-in on one high-risk idea – the harbinger of death in the trading world.

It seems obvious and easy to follow, but most new traders don’t think this way…

First, it’s because they get attached to their losers. They sit on a losing position, hoping it will eventually become profitable… And it usually doesn’t.

And second, they never take a profit unless it’s a grand slam. They’ll keep pressing on a winner, even when they’re losing money overall. They think that’s the only way to be successful.

But that’s the wrong line of thinking… And it’s the No. 1 pitfall new traders tend to fall into. They don’t understand how to size their positions according to how they’re trading. They don’t earn their risk. And understanding how to do that is the most important thing in trading. 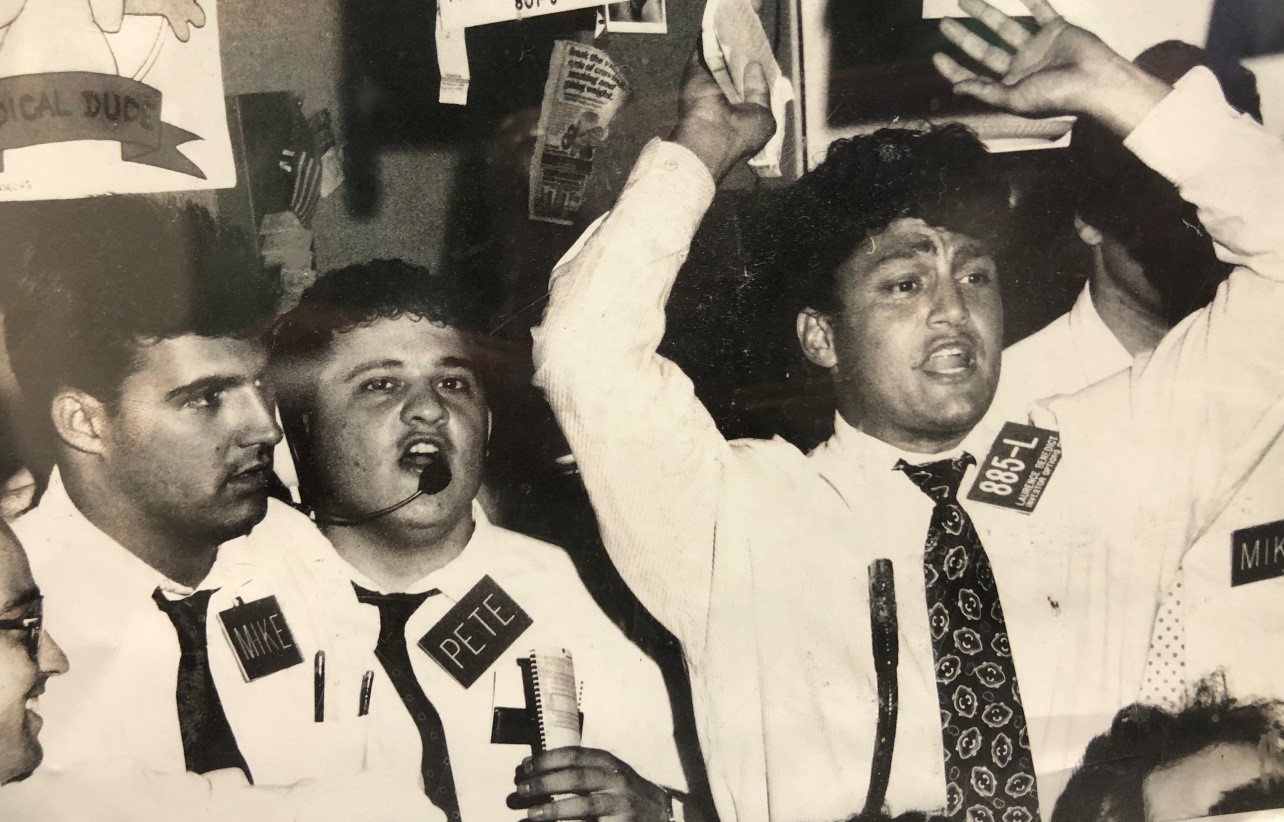 I would allow myself a sum of money to trade and grow. And I kept losing all of it.

At the same time, I had a buddy named Andy who was making money every day. But I couldn’t figure out what he was doing differently.

I called my mom and told her Andy was making so much money and I was losing all of mine. She said, “Just do what he’s doing.”

Here’s what he was doing: Letting profits slowly trickle in.

He wasn’t going all-in on a risky trade idea. He was slowly but surely building a strong base of capital.

In other words, putting a “P” on the page no matter what.

It took me a long time to grasp this concept. I chewed through all of my money probably two or three times by making silly mistakes. Things like being too impulsive, going for the home run, or holding on to losers too long… All the basic “no-no’s” of trading.

But each time I chewed through all of my own capital, I learned something. I got closer to learning how to let go of losers and avoid impulsive trades. Then, I got picked up by another firm, and they gave me some money to trade and a shot. And over time, I began to figure out proper money management.

But it takes both practicing on your own and learning from others. I was lucky because I made all my mistakes early on in my career and was willing and able to bounce back.

The reason I’m telling you all this is to inspire you. Anyone can start small and become a big-time trader – especially if I could…

It all starts with learning how to slowly put profits on the page until you “earn” the ability to take on more risk.

P.S. If there’s one lesson I want every trader to remember, it’s what I describe above.

This simple concept took me from an inexperienced pit runner at the CBOE… to a successful $1 billion hedge fund manager. And it’s at the core of what I will use to generate at least $70,000 for charity in less than one trading day during my upcoming Trade-a-Thon…

Join me tomorrow, December 11th, at 8 p.m. ET to see the results of this career-defining challenge.