I’d like to welcome all new readers to The Bleeding Edge. My goal is simple. Every day, I pick three of the most interesting things happening in the world of technology and give my readers a quick summary and insights that I don’t see anywhere else.

The mainstream media consistently misunderstands the worlds of business and technology, and far too often it just gets things completely wrong.

The Bleeding Edge is an inside view of the most important trends in technology and my early research. Sometimes, the ideas in these pages become an investment recommendation. Other times, an exciting company I talk about might be acquired, providing an opportunity for us to invest in the acquirer.

I dig into so much fascinating technology every day… The Bleeding Edge gives me a place to share it with my readers. I hope you enjoy it.

And we bring The Bleeding Edge to you every weekday, absolutely free of charge. Welcome to the front lines of tech! And as always, feedback is very welcome.

Instagram and WhatsApp have been Facebook’s two most successful acquisitions. It acquired Instagram in 2012 for $1 billion. And it acquired WhatsApp in 2014 for $19 billion. Together, these two business segments are now estimated to be worth more than $100 billion.

First, most people using Instagram and WhatsApp don’t realize they are using Facebook products. Since Facebook has been in the news for data breaches and poor privacy policies, that’s a good thing for the company.

How many of those users will think twice after they find out Facebook controls these two applications that they use every day? How many of them will migrate to non-Facebook social media and messaging platforms like Snapchat or Telegram, where they feel that their private data and information are safer?

Even more puzzling, Facebook is doing this while in the regulatory spotlight. It was just on Capitol Hill answering questions two weeks ago… the same week I was in D.C. on the Hill… The Federal Trade Commission (FTC) hit it with a $5 billion fine last month… And the FTC is now reaching out to the founders of companies acquired by Facebook. That includes Instagram and WhatsApp. The executives at both companies left Facebook due to disagreements with Mark Zuckerberg over Facebook policies.

So why in the world is Facebook making sure everybody knows that it controls the three largest social media franchises on the planet? This makes Facebook look more monopolistic than ever before… Not smart.

By the way, Facebook has acquired about 90 companies in the last 15 years. That’s what the current FTC investigation is about. It is trying to determine if Facebook made these acquisitions to eliminate competition. That’s a big no-no in the eyes of regulators.

So this is a bizarre move by Facebook. It has nothing to gain and everything to lose. I can only speculate that Zuckerberg feels that he has free rein now to do anything after the $5 billion fine.

Ultimately, this bodes well for competing social media companies. And as I mentioned above, Snap (SNAP), the company that owns Snapchat, is one of the most obvious beneficiaries.

Put this early stage company on your radar…

Juno Therapeutics is a great company that specializes in CAR (chimeric antigen receptor) T-cell therapies for curing cancer. CAR T is a type of gene therapy that modifies a patient’s T cells (a kind of immune system cell) so that they will attack cancer cells.

I had planned to recommend Juno in my Exponential Tech Investor small-cap investing service last year… But Celgene beat me to the punch. It acquired Juno for a handsome price of $9 billion early last year.

Typically, the founders will stay on with the acquiring company for a defined period of time (often determined in the acquisition agreement). Key members of the management team have a lockup clause with some kind of bonus payout if they stay on for an additional year or two.

Then they often leave to start a new company. That’s the game.

And I’m excited to tell you that the key founders from Juno started a new company called Sana Biotechnology. Sana was founded in September of last year, and the company has been in stealth mode since then. Not much information has come out.

I have kept my eye on this venture for a while now… And I recently got word that Sana raised a massive series A round, likely somewhere between $300 million and $1 billion. Since the company is still being secretive, the official number isn’t out yet. But that’s huge. In the biotech world, a $60 million series A round is big. So a raise of this size really stands out.

And the venture capital (VC) backers are prominent. ARCH Venture Partners, F-Prime Capital, and Flagship Pioneering each invested. These are strong VC firms with a focus on biotechnology.

I suspect the top VC firms are getting in because Sana’s mission is even bigger than Juno’s. Juno was out to cure “just” cancer. Sana Biotechnology is focused on curing all human disease using cell therapies. Not just cancer… all disease.

We don’t have specifics on how it will go about this yet. The team hasn’t shared much at all. But I’m certain that Sana wouldn’t have been able to raise this much money if it didn’t have something with substance.

So Sana Biotechnology is definitely a company to watch. We can expect Sana to go public within the next two years. And it will likely provide us with a fantastic investment opportunity when it does.

The great eye in the sky is upon us…

For Bleeding Edge readers who are “lucky” enough to live in Minnesota, Iowa, Wisconsin, Missouri, or Illinois, I’m sorry to say… you are now under 24/7 surveillance by the Pentagon…

News is out that the Pentagon is launching balloons that can monitor everything on the ground in those states in real time. This includes every moving vehicle within a 25-mile radius of each balloon. 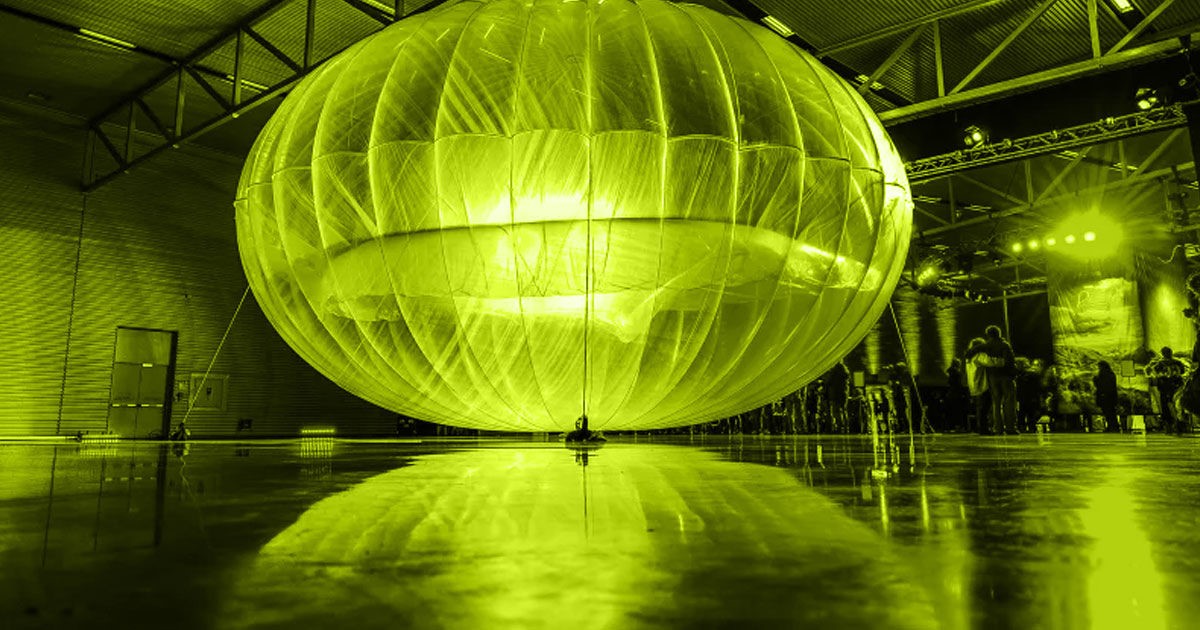 These balloons are an amazing engineering feat. Solar-powered, they rise to the stratosphere… 65,000 feet above the Earth’s surface. That means we can’t even see them. From there, they hover and monitor everyone’s activity within their surveillance net.

Of course, the Pentagon says this is to monitor drug trafficking and homeland security threats. But it is gathering data on everyone. It will know exactly where everyone is and what they are doing at all times. U.S. taxpayers in those five states certainly didn’t consent to that…

The company behind this is Raven Aerostar. Coincidentally, Raven Aerostar also makes the Project Loon balloons for Alphabet… Google’s parent company. Those balloons are designed to provide internet access to areas without network coverage right now. And, of course, Google captures all the data gathered by Loon balloons… effectively surveilling its customers.

So the same company selling spy balloons to the Pentagon is also selling to Google.

I’m curious what you all think, but this certainly makes me very uncomfortable. The eye in the sky is now watching us.

It’s in five states for now. It could one day be nationwide.