Given that today is a market holiday, I thought I’d do something a bit different than usual. I’d like to share some thoughts that I have concerning something that I am passionate about… making early stage technology investing available to all investors.

Right now, most private investments are limited to accredited investors, high-net-worth individuals, and venture capital / private equity firms. Because of that, it is a world that very few people know anything about.

I’d also like to share some related thoughts on my travels last week. As I believe most readers know by now, I’m a strong believer in “boots on the ground” research. My personal network spans the globe, and my industry contacts range over just about any sector in high tech we can think of. And I’m always in learning mode.

I celebrated turning 50 by going back to school last year. I was admitted into Yale University’s School of Management for postgraduate business studies for a 10-month program. I graduated last October. It was one of the best things I’ve ever done. Here I am on graduation day with Handsome Dan, the university mascot. 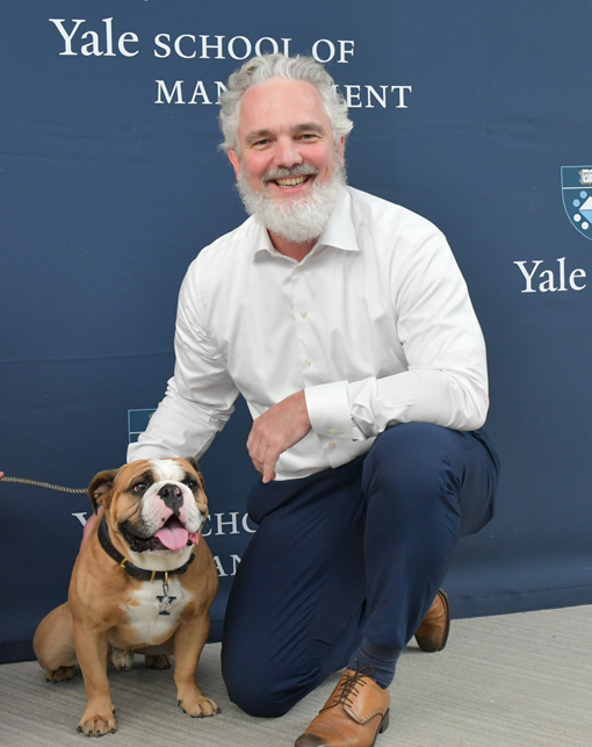 I regularly attend the best universities in the world for continuing education and professional certificates. It keeps me on my toes and ensures that my network continues to grow. And I’m always generating new ideas.

Last week, I attended an invite-only weeklong class at the University of California, Berkeley, School of Law and earned a professional certificate – Go Bears! 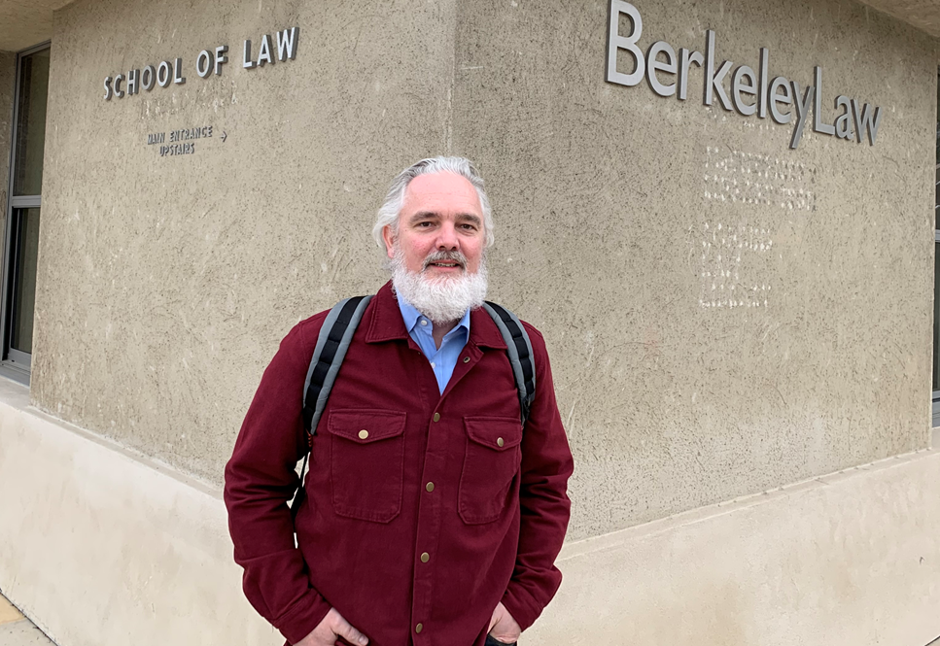 Jeff on campus at UC Berkeley School of Law

It was a great week. We dug deep into early stage investing and many of the nuances, both business and legal, that affect these kinds of investments.

These kinds of studies are very important to me because I have been on a personal campaign to find a way to empower nonaccredited investors to gain access to the highest reward (and riskiest) asset class in the world… early stage technology companies.

It is unfair that governments are okay with nonaccredited investors literally gambling (something that has a nearly 100% certainty to lose money over time), but they don’t allow investors to make educated investments into early stage technology companies (which is the best asset class for extraordinary returns).

If you’d like to understand how VCs look at the world and see how they think, Kupor wrote a book about exactly that. Secrets of Sand Hill Road is definitely a read if that sounds interesting to you.

Kupor writes early in the book that investing in venture capital (or early stage tech) is “restricted.” This is founded on the fact that nonaccredited investors cannot invest in venture capital firms as limited partners, nor can they invest in private placements in early stage technology companies, with very few exceptions. To his credit, he is open about how this increases wealth disparity. The current regulations do basically nothing to democratize access.

We spoke about this and about how the Jobs Act of 2012 did almost nothing to address this problem. Regulation Crowdfunding deals (Reg CF) and Regulation A or A+ deals are possible, but they are not good solutions for many reasons.

Reg CF deals are restricted to a $1.07 million raise annually. For an early stage tech company, that’s not enough money to do anything meaningful, and usually 600–700 investors will hoard the entire $1.07 million investment opportunity. And the company has to go through some pretty extensive regulatory filings and disclosures that aren’t required by private companies.

Reg A or A+ deals are potentially much larger. They can raise as much as $20 million or even $50 million, but these kinds of raises are very rare. The costs of conducting a Reg A are almost the same as an initial public offering (IPO), about $1 million, and the Securities and Exchange Commission (SEC) filings are about the same. Annual filing requirements are also onerous, which is why most companies don’t go down this route.

As a result, the vast majority of companies that raise capital via crowdfunding mechanisms like the ones mentioned above are those that couldn’t raise successful venture capital rounds. They tend to be of very low quality. There can be exceptions, but that means that we really have to be an expert to pick out a good deal in this space.

So I asked Kupor what we can do about it. I asked what he thought the solution might be to solve this problem. And in the spirit of The Bleeding Edge, he had three answers.

Idea #1: Change the behavior of the markets

The first thought was to find a way to make it “better” for a small-capitalization company to go public and survive as a public company. The reality is that it is expensive to conduct an IPO – typically 7% of the raise goes to the underwriters of the IPO plus $1 million in filing fees goes to lawyers and other service providers. Then it takes $1–2 million a year just to stay compliant with all of the SEC filings throughout the year.

And very few analysts follow small-cap companies because they don’t have enough liquidity and outstanding shares. So the institutional funds usually don’t buy a lot of shares. And hedge funds can manipulate the share price by engaging in something called “naked short selling.” It is difficult to get the attention of Wall Street as a small company, which often means that share prices lag.

So it can really be a headache to be small and publicly traded. Kupor suggested a different environment for these small companies. A fairly recent project called the Long-Term Stock Exchange (LTSE) might be a solution, but it is a tough sell, as it would require a long-term mindset and a major shift in thinking from Wall Street. This is a real stretch.

The second idea was to lower the bar in order to be considered an accredited investor. Or potentially, this might mean redefining what a nonaccredited investor is. While unlikely, another option might be to remove the regulation entirely.

While I like the idea and believe that people should be able to invest their own money into anything they like, it is highly unlikely this will change. After all, the purpose of the SEC is to protect investors from bad actors.

The regulations are there to “protect” investors from the small number of crooks out there; they are not designed to empower investors to gain access to great investment opportunities. Herein lies the problem.

This is not a political comment, just a statement. Historically, in the U.S., the Democratic Party has been firmly against more liberal nonaccredited investor regulations. It equates wealth with sophistication and believes that those that do not have wealth are not sophisticated enough to invest in private companies. It is surprisingly not inclusive and adds to wealth disparity.

Idea #3: Create vehicles into which nonaccredited investors can gain exposure

The last idea was to get approval from the SEC for a new class of funds or investment vehicles that would enable nonaccredited investors to gain access to private companies.

The thought is that if a fund or investment vehicle could be created with the right protections and also have some diversification built in to reduce risk, we might be able to get SEC approval.

And in fact, this happens to be an idea that I have personally been researching for the last few years. I believe that this has the least potential resistance from a regulatory standpoint and also stands to be an excellent way to manage the risk associated with early stage technology investing.

I have been working feverishly on this idea during the last year and expect to have good news to share in the coming months with my subscribers. No matter what it takes, I’ll find a way to give investors access. More to follow in time…