SHAOYAOJU APARTMENT, BEIJING – 2,000 years ago, Emperor Qin, the first emperor of China, built an army of over 7,000 full-size clay soldiers, clay horses, and bronze chariots. Each soldier had a unique face.

The project took him 40 years, employed 750,000 laborers and slaves, and used the most advanced technology of the day. Then, he buried it.

In 1974, some farmers, digging a well, discovered the remains of the Terracotta Army near Xi’an. Archaeologists call it the “greatest discovery of the 20th century.” Tourism promoters call it the “eighth wonder of the world.”

Today, China is building a new Terracotta Army, except the statues are not made of clay. They’re made of steel, glass, and cement. They’re 300 feet tall. And there are a lot more than 7,000 of them. 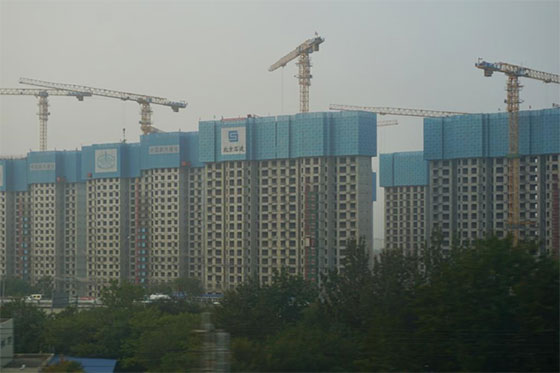 China’s new “Terracotta Army” is made of cement and steel

Greetings from China. My family and I sold all our things, handed back the keys to our apartments in Delray Beach, canceled our cell phone plans, and hit the road.

Now we live like gypsies, drifting from country to country… town to town… educating our children on the road and experiencing different cultures.

We’re having a great time, but we can’t live like this forever. At some point, we’ll have to start building a new life for ourselves.

We have no idea where to do this. For now, we’ll keep drifting, and we’ll see where the currents carry us…

Today, for example, we “drifted” from a hostel in Xi’an to an Airbnb in Beijing, a distance of 600 miles, using a taxi, a bullet train, three subway trains, and a lot of walking. The trip took all day.

We made it safely. I’m writing to you from the fourth floor of a nondescript condo tower somewhere in east Beijing. It’s late, we fed and bathed the kids, and they’re now asleep. I can finally relax… 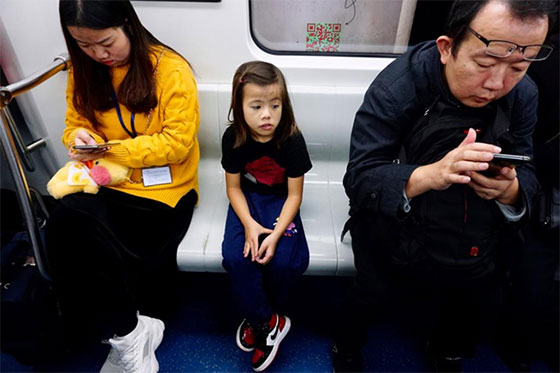 A Boom to Rival Miami’s

We have now been traveling around China by high-speed rail for six weeks.

We have covered nearly 3,000 miles – from the Vietnam border in the far south… to the Gobi Desert in the far northwest… to Xi’an and Chengdu in the center… and now to Beijing in the northeast.

No matter where we go, we see the construction boom in high-rise condo towers. It’s raging across China.

They’re building these towers everywhere… in big cities, in towns, in villages.

I remember the condo boom and all the construction cranes in Miami in 2006. Here in China, every town we pass through looks like Miami in 2006. 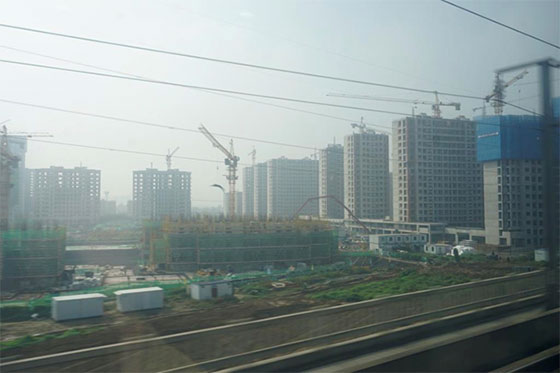 A glimpse at China’s construction boom

Sometimes, they even build condo towers in the middle of nowhere.

We’ll be gazing out the window at desert or farmland, when suddenly a multi-tower development will flash past the window. I’ll nudge Kate and say, “More construction.”

(We spot them by the cranes on their roofs and the empty cement shells with tarps wrapped around them.) 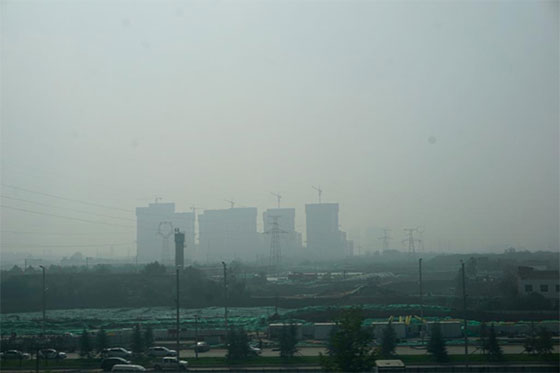 “More construction,” as I tell Kate

China has more than 100 cities with over a million people each.

China is a big place.

In a previous post about this, I guessed there must be at least 10,000 towers currently under construction in China.

But after our train ride from Xi’an to Beijing today – and the hundreds of cranes we saw – I’m revising my guess from 10,000 to 100,000. That’s probably conservative…

Emperor Qin would be proud.

P.S. I took all the pictures above from the train earlier today. The smog was terrible, which is why they all look so hazy. It’s actually a sunny day… 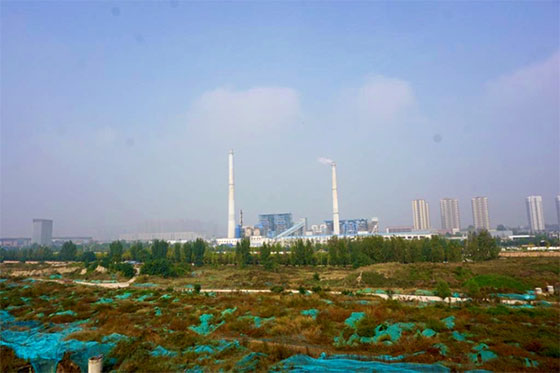 Today, readers want to know more about China: about the country’s statistics (are they reliable?)… how a place with so many people can be so empty… and what it’s like using the internet there…

Reader question: Where are you getting your info on China, like your stats on China Railways?

Tom’s response: I found those particular stats in a Financial Times article. But you raise a good point. A lot of stuff in China is fake, especially the statistics.

Reader question: I believe there are approximately 1.3 billion people in China. I realize you are in more rural locations, but empty apartment buildings, train stations, streets, markets, etc. appear in many of your pictures.

Are all 1.3 billion in city and urban locations? I just don’t understand. Can you explain? Thank you, and safe travels! What a trip!

Reader comment: I am a teacher, and my district in California is partnering with a school in China. We send teachers and administrators to run an American-style school in China. Our teachers who return from China all state they are limited in their access to the internet and how frustrating it is when teaching.

Safe travels and good health to you all. I love the adventure.

Tom’s response: Yes, there’s a firewall. We can’t use any of the services we normally use unless we use a VPN (virtual private network) to get around the firewall. But the VPN works only sporadically, and when it works, it bogs down everything.

Reader comment: I enjoy reading the adventures your family is experiencing in China and am glad to see that your experiences are modifying your biases about China.

I want to suggest that China is more complicated than your tour can take in. For example, the ghost cities are partly a result of long-term planning in anticipation of China’s drive to urbanization.

Western media either don’t see the consequence of long-term planning, or they simply are quick to deride anything about China. On the other hand, local officials used to be measured by the GDP under their jurisdiction, and therefore, they found incentive to build ghost cities. It was a mixed picture.

As for the cement bridges to nowhere, too bad you didn’t ask the locals. There might be a logical explanation.

Tom’s response: Comprehension is so difficult here. We struggle to order a bowl of noodles in a noodle shop. So I take your point.

I am flummoxed by China. Like trying to look through a blacked-out window. Also, so much is fake. I can tell you only what I see.

Got a question for Tom or Kate? Just want to drop them a line? Write to them at [email protected].