YOSEMITE INN, LIJIANG – I can’t get past China’s internet firewall today. So I had to send this message from my old Yahoo email account.

(I’ve been told by several people how it’s gotten much harder to access the external internet from China these last few weeks.)

Anyway, we were in Lijiang recently, an 800-year-old Chinese village in the hills of southern China, on the road to Shangri-La.

It’s exactly what you’d expect an ancient Chinese village on the road to Shangri-La to look like – narrow cobblestone streets, fly eaves, hanging lanterns, lots of colorful flowers, and pockets of mist. There was even a rainbow over our hotel. (The last picture below is of Lijiang’s new railway station.)

After we arrived at our hotel, the kids were sleeping, Kate was resting, and I wrote this message to you in pencil in the lobby… 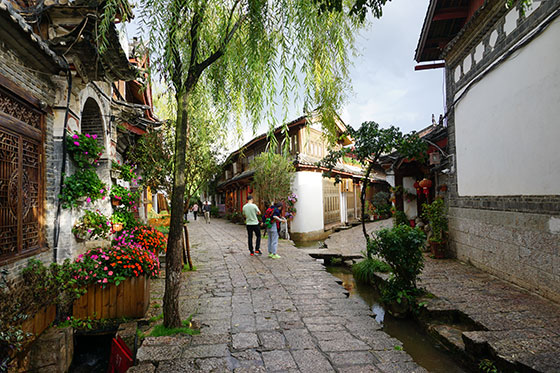 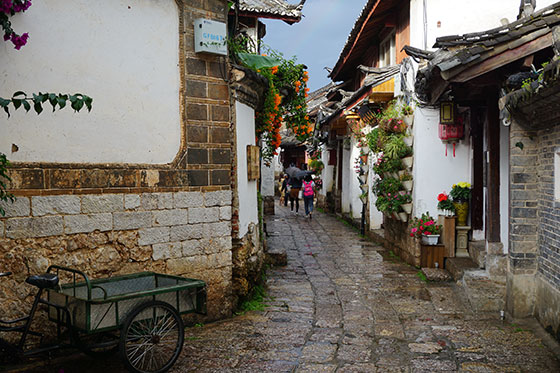 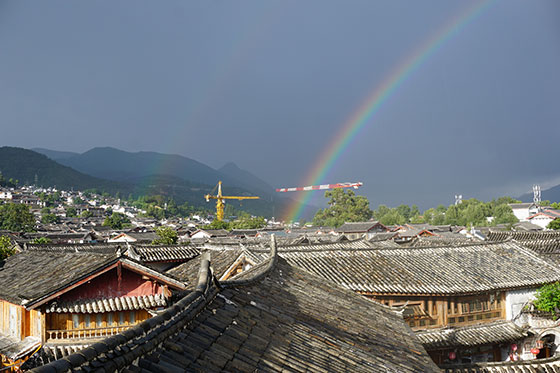 Rainbow over our hotel, where a night cost just $23 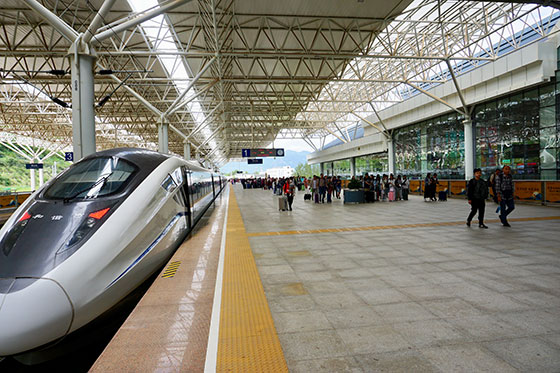 We move fast… hopping from town to town, hostel to hostel… like outlaws trying to keep one step ahead of the law. Yesterday, we took a bus farther into the mountains, to a place called Tiger Leaping Gorge…

On Wednesday, I wrote about the overnight repo rate, and what it means for the global financial system. It had just spiked to 10% the day before, and the Federal Reserve lost control of the fed funds rate.

Anyone who has been paying attention to the plumbing underneath the world’s financial system would have seen this coming several months ago. The Treasury is borrowing way too much, foreign support of Treasurys has dried up, banks are hoarding capital, and short-term dollars have gotten scarcer and scarcer in the system.

On Tuesday, someone was so desperate for dollars, they were willing to pay 10% for an overnight loan! Then the New York Fed got involved, injecting liquidity into the markets. It’s crazy…

A year ago, after we left our homes and gave away all our stuff, we also decided to leave the financial system behind. We drained our bank accounts and converted everything to gold and silver.

The TRIGGER for this decision was the Dow-to-Gold ratio beginning a new downtrend after seven years of uptrend.

But the DRIVER behind this decision is the total degeneration of the world’s financial system, some more of which we witnessed this week.

Why did we buy gold?

Kate and I are done with this mess. We don’t know how things are going to unfold, or when. We just know we want no part of it.

Reader comment: I think there is a big difference between the cities and the countryside in China. When I was last in Shanghai in 2013, it was a bustling city with obvious wealth.

One of the most striking things for me on the whole trip was when I was on the underground one day with the locals, mostly very well-dressed and using iPhones, as you say. Then an older man of around 50 hopped on with a wooden pole over his shoulder and a blanket on the end carrying all his belongings. He was dressed in grey cloth trousers and a grey cloth jacket. My impression was that he had literally just arrived in the city from the countryside. All he did was look around open-mouthed at all the other Chinese as if he’d been teleported from another world. As I saw it, it was a striking live picture demonstrating the difference between old China and new.

Reader comment: Monday’s message was good reading! Nothing wrong with not going to college. Tuition in this country is way overpriced, like everything else. A college grad stands a better chance of making more money, but there is no guarantee of this.

Reader question: Just discovered your letters  – very interesting. Like you mentioned in your letter about how friendly the Chinese people are, I found the same in Japan a few years ago. Do you get by everywhere speaking only English, or do you and your family speak multiple languages?

Tom’s response: We only speak English. This is fine everywhere else in the world, but not in China. This is the most challenging place to travel in we’ve been yet. Especially as we can’t easily access the internet, either.

Reader question: You say there is a lot of room for gold to rise, as it’s still below the inflation-adjusted price in 1980. Wasn’t that peak the result of the Hunt brothers attempting to corner the silver market, rather than a mark of the future price of gold as a result of economic distress?

Seems to me the price of gold, and certainly gold and silver miners, falls after stock market declines as people sell anything with remaining value to raise funds to meet margin calls.

Tom’s response: You might be right. As I said above, I can’t predict how things will unfold. Every time I try, my head starts to hurt. I just know I don’t want to be “on the field” anymore. I want to be on the sidelines in gold.