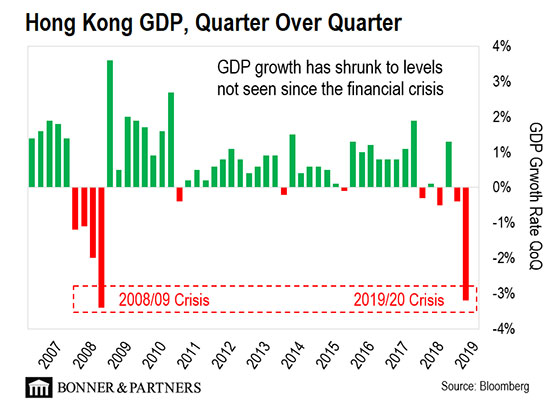 You might be thinking Hong Kong is a unique situation, but it’s all part of the grand tapestry.

China’s Purchasing Managers’ Indexes (PMIs), for example, are about to hit lows not seen since the financial crisis. 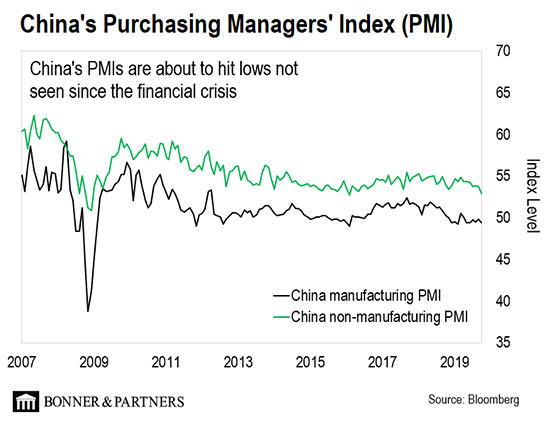 Seventeen months ago, Kate and I got rid of all our possessions, handed in the keys to our apartments, and hit the road with our three kids and a small suitcase.

We’ve been traveling around the world ever since, hopping from hostel to hostel like college kids, using buses, trains, and the occasional budget airline.

We’ve had adventures in Europe, America, Africa, and India, and now we’re traveling around China on its brand-new bullet-train network.

We’ve got two weeks left of our China adventure. Then we head to Japan for another railway adventure there!

Today we’re traveling from Beijing to Guilin, a distance of 1,200 miles. It’s a 24-hour ride. We left Beijing two hours ago, and I’m writing to you from the train. We have a sleeper cabin.

Here we are celebrating Halloween, and further below, waiting for our train earlier in Beijing Railway Station… 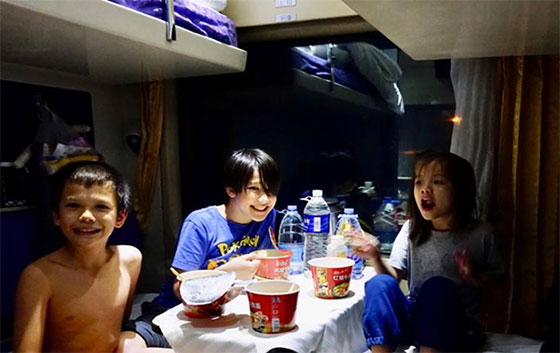 Halloween shenanigans in our sleeper cabin 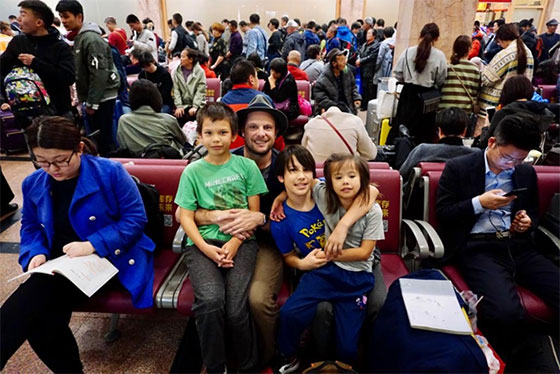 Waiting for the bullet train in Beijing

Like I said earlier, Hong Kong and China are just a small part of the grand tapestry.

Stock market valuations are in a bear market.

You should expect to see a much higher incidence of recession-related news reports and headlines over the next decade. Today’s economic reports from Hong Kong and China are examples of this.

Biggest Bubble of All

Right now, there’s a near-universal belief and confidence in central bank activism. I’d argue that this – faith in the abilities of central bankers to steer economies – is the biggest bubble of them all.

The series of coming recessions will drive central bankers to explore the limits of their tools.

Said another way, we’re in the midst of the greatest financial experiment in all of history.

So another thing you can expect to see more of as we get deeper into the valuations bear market is inflation. Look for more stories and headlines about money printing, credit stimulus, and “bailouts.”

The description for the environment we’re entering is “stagflation.” Stagnation combined with inflation.

The way to position your money for stagflation is by owning gold and silver. It’s the simplest, most straightforward, direct play. So in addition to getting rid of all our things, Kate and I have also converted all our assets to gold and silver.

And the best way to track stagflation – apart from tracking actual stock market valuation metrics – is to watch the Dow-to-Gold ratio.

P.S. At the bottom of the valuations bear market, I expect central bankers and their interventionist policies will have been completely discredited.

P.P.S. No one expects stagflation. It’s probably the most contrarian, most underpriced macroeconomic risk in the markets right now.

In the mailbag, readers turn to gold… shorting the Dow (is it prudent?)… and traveling with the family…

Reader comment: Love your travels and story! As an about-to-be 85-year-old retired and retarded CPA, I have been an avid gold and silver bug for the last 30 years, and were I able, I would join you and Kate (and Dusty, Miles, and Penny) for the experience of a lifetime!

Reader comment: Howdy to the Dyson travelers. Great daily reads and reinforcement for holding gold when the world’s financial wheels fall off.

Reader question: Love your postcards! I wish I would have had the foresight to take my wife and preteens around the world. I’ve always said… It’s always the journey, never the destination. Would you agree? I understand why long gold, but are you also short the Dow?

Tom’s response: This is the beautiful thing about our Dow-to-Gold trade. We don’t care if stocks go up or down nominally. All that matters is that gold rises relative to the Dow. Essentially, we’re taking movement in the dollar out of the equation.

Questions, comments? Keep writing us at [email protected]. Kate and I love receiving your notes, and we read every one you send in.

We’ll never give your name or any potentially identifying details away if we decide to publish your note.