TIBET GUEST HOUSE, TIGER LEAPING GORGE – A year ago, when we were driving around America, I took the boys on a hike into the Grand Canyon. They started complaining almost immediately. “We’re so hot,” “How much further?,” “We hate hiking,” etc.

We had to turn around after 20 minutes.

Today, we hiked to the bottom of Tiger Leaping Gorge and back. It was a near-vertical thousand-foot descent/ascent. It was really hard. (To get back up, we had to climb metal ladders drilled into the rock face.)

The boys were so strong, I struggled to keep up with them. Here are Dusty (11) and Miles (9) next to the river at the bottom of the gorge… 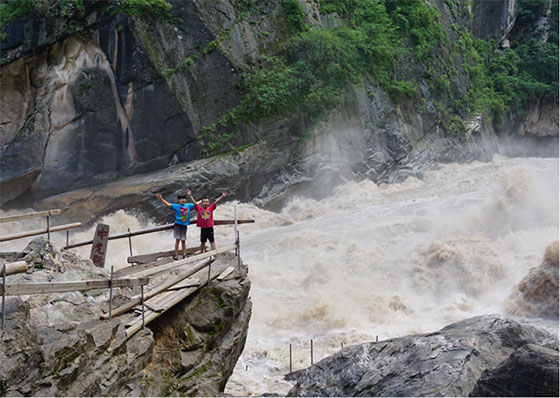 I could barely keep up with the boys

We gave away all our things in Delray Beach, Florida, said goodbye to our friends, and hit the road with our three kids and a small suitcase. We’ve been traveling around for 16 months now, living in cheap hotels and hostels, homeschooling our kids, and relearning what “unstressed”
feels like…

We’re currently in southern China, staying in a Tibetan guesthouse for $21 a night, on the edge of Tiger Leaping Gorge. Here I am writing to you today… 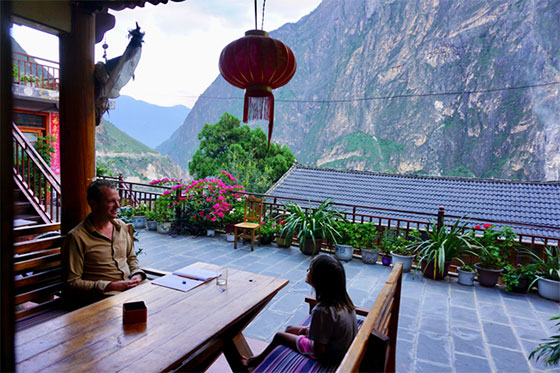 Writing to you from the edge of the world

The most common question we’ve gotten on our travels around the world is, “What do you do about school for the kids?”

“We set time aside each day,” we say, “for reading comprehension, drawing, writing, mathematics, and YouTube videos.”

(Today, the kids learned about the rivalry between Steve Jobs and Bill Gates.)

The truth is, though, we have never been that focused on school. We’ve mainly let them play and explore and simply enjoy being kids. Especially now that we’re on this “ultimate homeschool field trip.”

Instead, we’ve focused more on building their characters and their “soft” skills…

A friend of mine takes his kids on hiking trips every year where they feel cold, hot, tired, and hungry at least once every day.

With this trip around the world, I think we’re doing something similar. The kids have learned how to get along in a backpacker hostel, to talk confidently to strangers, to look after their things, to haggle with taxi drivers, to sit still on long bus rides, to sleep in uncomfortable waiting rooms. And to get to the top of a canyon. 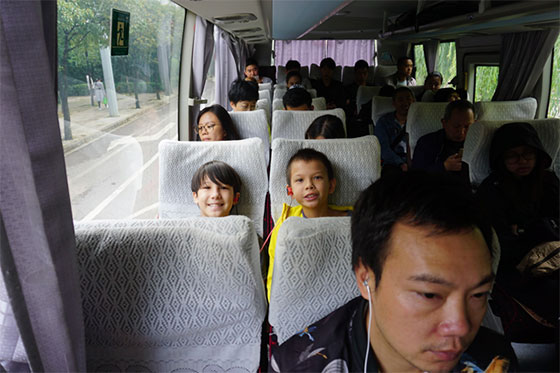 Dusty and Miles, expert backpackers, on the bus ride from Lijiang

Last week, the repo market blew up. Then, the Federal Reserve dumped a couple of hundred billion fake dollars into the system to calm things down.

The repo market is where big banks go to get and make very short-term loans (less than a week). It’s the largest market in the world by transaction size. When I worked for the repo desk at Citigroup, hundreds of billions of dollars would pass across my desk every day. That was 15 years ago.

We’ve been watching the repo market for several months in these postcards. So we’ve known about the problems. We’ve known it would blow up. And we knew the Fed would jump in and fix it.

(We’ve been calling it “a slow-motion credit crunch” in the “plumbing underneath the world’s financial system.”)

But here’s the big question:

Is it really a problem?

The plumbing broke because the U.S. government is borrowing too many dollars (it’s on track to borrow $1 trillion this year), and there aren’t enough dollars in the system to meet its demand. So the Fed is being forced to bridge the gap with fake money.

In other words, the U.S. government is spending money so fast, it’s now relying on fake money from the Fed to operate. Said technically, the Fed has begun monetizing the government debt.

Monetizing the national debt is always the beginning of the end of the system.

The blowup in the repo market is front-page news. But the real story here – the one no one’s talking about – is the Fed has begun monetizing the government debt for the first time since WWII.

Things are about to start getting interesting.

P.S. The family that runs this guesthouse is so sweet. Here’s Dusty and Penny (7) playing with the baby and grandma… 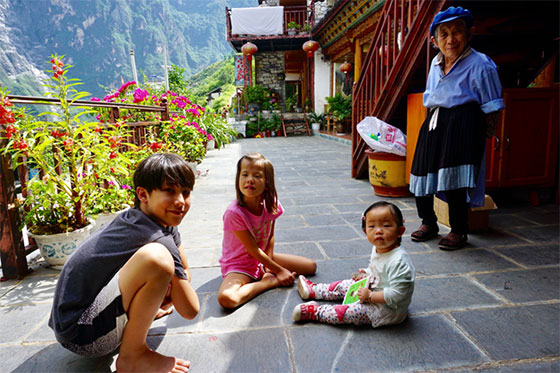 Reader comment: Yesterday, my first grader (the other one is still in preschool) rushed from school to gymnastics and then home, where she then had to rush doing her homework and bathing and eating dinner so that she could get to bed on time to do it all again tomorrow, and then the next day – for the next 12 years. Yesterday, she had only 10 minutes to play with her little sister.

I thought, “What kind of hamster wheel do I have my daughter on?” I thought of you and your family’s adventure. You must wonder if you are doing right by your kids. Living in the conventional world, I wonder it too…

Thanks for the really encouraging and supportive message!

Reader question: Really enjoying the blog. I’d love to hear the story of Kate, the “once and future wife,” since you are sharing private information. Maybe you already did this and I missed it. Your kids will have the most wonderful stories to tell of their childhood adventure. Have you planned an itinerary, or are you just doing it on the fly?

Tom’s response: We’re doing it on the fly. We try to go to places in the off-season or where other tourists don’t go, so we don’t have to stress about making advance reservations. I’ll tell the story of Kate one of these days.

Reader comment: I love these letters from your travels. Very interesting and inspiring! You mentioned that you sold all your stuff and then went traveling with your ex-wife, and now you’re going to get married again. But you haven’t explained why the divorce, since you clearly get along quite well, and it doesn’t appear to be your intention to go your separate ways.

Tom’s response: It’s a long and complicated story, as most divorces are. But the short story is I broke the promises I made and I didn’t invest in the marriage. I took my wife – and our relationship – for granted. We broke up five years ago and we lived separate lives with new partners and handed the kids back and forth at the weekends like every other divorced couple.

Reader comment: What you’re doing is wonderful. What an education for your children. Keep on trekking! If you’re ever in Ecuador, please contact!

Tom’s response: Thank you for your encouraging message! And for the invitation. We’ll be in South America next year, I hope. Perhaps you’ll find this dirty hobo family on your doorstep one day…

Reader comment: I am enjoying reading your postcard emails, thank you. Your current location, Yunnan, is just north of Thailand. I have lived in Chiang Mai, Thailand, for 11 years. Thai people use gold as money still. If you are interested in meeting me here in Chiang Mai, I would be happy to tell you about gold and silver in Thailand.

Tom’s response: We spent ten days in Chiang Mai last month! I’m sorry our paths didn’t cross. Thank you for your invitation. We loved Chiang Mai. We’d just been traveling around India, and it was so nice to crash-land in Chiang Mai and relax for a few days.

Reader question: Did you get your China visas prior to arriving? How much per person? How much for the train, and how easy is it to navigate?

Tom’s response: Yes. We got them in Hanoi. It took four days, two visits to the Chinese embassy, and a lot of document printing. U.S. passport holders pay $140 for 10-year multiple-entry visas. Europeans pay $30 and get a 60-day single-entry visa.

Reader comment: Carrying all your money in the form of gold and silver??? HOW??? One quick hit (by a crook or government official) and you are broke on the road. A lot of silver would be heavy to carry, a lot of money in gold not as bad. Also, hurry up and marry again; family units are better!

Tom’s response: Haha, we’re not hobbits. Our gold is safely “buried” back in America. We’re using dollars on the road.